Iraqi Prime Minister Adel Abdul Mahdi has denounced US attacks on an Iranian-backed militia in his country. The airstrikes in response to the killing of a US citizen come amid high tensions between Tehran and Washington. 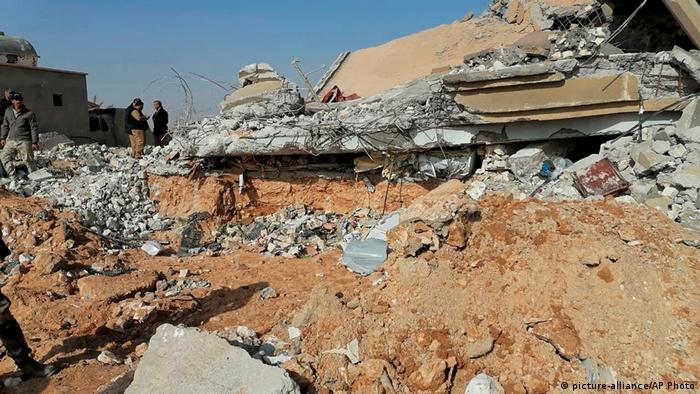 Iraqi caretaker Prime Minister Adel Abdul Mahdi has said Sunday's airstrikes in Iraq carried out by the US military on the Iranian-backed Kataeb Hezbollah militia were "an unacceptable vicious assault that will have dangerous consequences," his office said on Monday.

Such strikes "violate the sovereignty of Iraq" and would affect its ties with the US, a statement said, saying Baghdad would reconsider its work with the US-led international anti-Islamic State coalition stationed in the country.

The strikes, carried out in response to the death of a US civilian contractor in a rocket attack on an Iraqi military base, killed at least 25 militia fighters, Iraqi sources said. US Secretary of State Mike Pompeo had said earlier this month that the US would give a "decisive response" if Americans or allies were harmed in attacks by Tehran or its proxies.

Iran has rejected claims by Washington that it has been involved in attacks on bases in Iraq and condemned Sunday's raids as "terrorism."

The US attacks come at a time of high tensions between Tehran and Washington, Iraq's two main allies, with many in Iraq fearing that the country could become a battleground between the two. 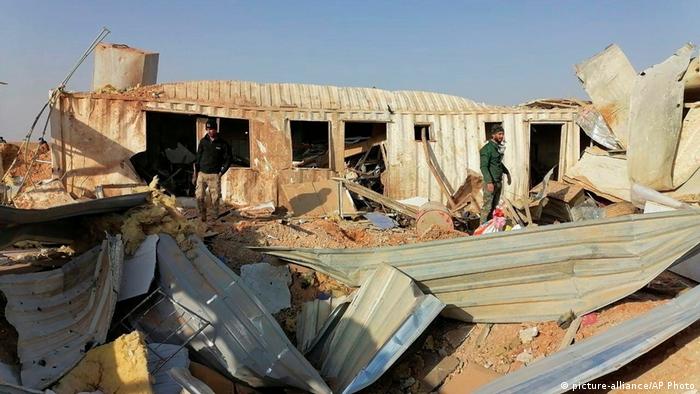 The Kataeb Hezbollah militia has vowed to avenge the attack

They also coincide with huge street protests against corruption in Iraq, which have forced Mahdi's resignation, but also against Iran's growing political hold on the country.

The US has defended its response, calling it "serious" but "proportionate."

"We thought it important to hit a significant target set to send a very clear message to them about how serious we take American lives," Assistant Secretary of State David Schenker told reporters.

"We don't want an escalation here; we want a de-escalation," he said.

Iraq has been thrown into deeper political crisis after the president rejected a pro-Iran candidate for premier and threatened to resign. The protest movement welcomed the president's decision. (26.12.2019)