Iran′s Guardian Council shuts out reformers from ballot | World| Breaking news and perspectives from around the globe | DW | 11.06.2013

Iran's religious forces were able claim success following the selection of candidates for the upcoming election. Reformer Rafsanjani and the incumbent president's ally Rahim-Mashaei were both banned from running. 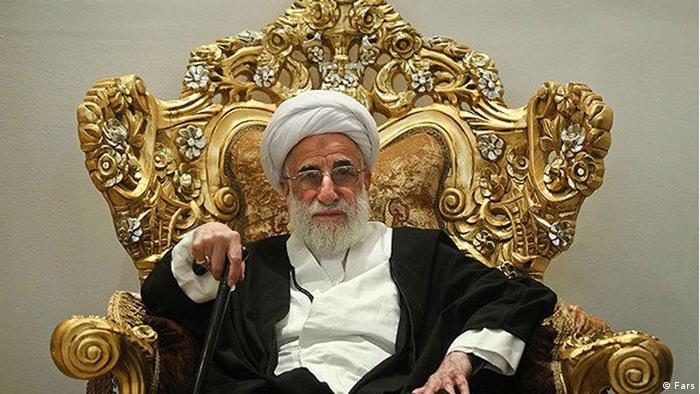 There has been much speculation in the past few months about which names would appear on the ballots in the Iranian election on June 14, 2013. The interior ministry recently announced the names of the eight candidates approved to run by the Guardian Council - the 12-man committee of clerics and jurists that runs the election.

The favorite appears to be Saeed Jalili, favored by the circle closest to Iran's Supreme Leader Ayatollah Ali Khamenei. Several conservatives withdrew their candidacies in favor of Jalili, Iran's chief nuclear negotiator, and he is also supported by sections of Iran's military apparatus, and, it seems, by the Revolutionary Guards, whose press organ Fars News recently praised him. 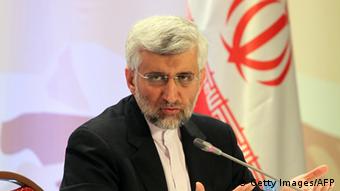 Jalili is the frontrunner in the conservative camp

All that's missing, at least up until now, is the official support of Khamenei himself. The five other conservative presidential candidates on the ballot are also waiting on that. Apart from Jalili, Tehran Mayor Mohammad Bagher Ghalibaf, former Foreign Minister Ali Akbar Velayati, and Khamenei's top advisor Gholam Ali Haddad-Adel are all considered in with a chance.

Jalili could profit from this situation, says Scott Lucas, Iran expert at the University of Birmingham, UK. "An endorsement for Jalili from Khamenei is probable," he said. "In that case Velayati and Haddad-Adel would clear the way and withdraw their candidacies. It's less probable that Ghalibaf, who thinks he has a chance of winning, would pull out of the race."

Meanwhile, the analysts' consensus is that the former leader of the Revolutionary Guards Mohsen Rezaei, and former Post and Oil Minister Mohammad Gharazi have little hope of prevailing.

No candidate for the presidential camp 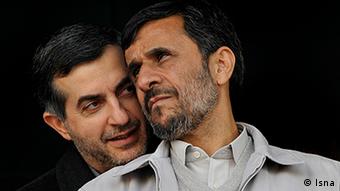 As many political observers have predicted for some time, the Guardian Council denied the ballot to Esfandiar Rahim Mashaei, the candidate favored by President Mahmoud Ahmadinejad. The president's top advisor is considered too liberal by many religious leaders in the country, many of whom also accuse him of leading an "alternative current" that has resolved to defy Iran's clerical system. Rahim Mashaei has drawn the ire of conservative clerics in the past, both with his national-religious rhetoric, and by his statements on certain theological questions.

According to one media report, he has now announced that he will appeal against his disqualification to the country's Supreme Court. "I think that my disqualification is unjust," official Iranian news agency Fars quoted him as saying. "I ask Supreme Leader Khamenei to correct this."

That leaves Ahmadinejad's political camp currently without its own candidate, and it remains to be seen how the president will react. In the past few months, Ahmadinejad consistently suggested that he would not tolerate Rahim-Mashaei's disqualification, but it is uncertain whether the president has the means to resist the Guardian Council's decision. "Ahmadinejad will probably try to make provocative statements," Lucas told DW. "He will hardly be able to mobilize mass protests." 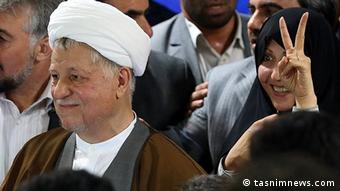 The rejection of Rafsanjani's candidacy was a shock

Akbar Hashemi Rafsanjani was also rejected by the Guardian Council. The 78-year-old cleric, one of the country's most important and influential political figures, was considered the reform camp's great hope and favorite. Despite speculation in recent days that the Council would be able to declare Rafsanjani unfit for office on account of his age, the disqualification of a former president (between 1989 and 1997) still came as a shock.

"The disqualification is a surprise," said Lucas. "A rejection was not to be expected, in light of a potential angry reaction from the public and from the Rafsanjani camp."

Joining Rafsanjani on the sidelines is former deputy parliamentary president Mohammad-Reza Aref who dropped out of the running on Tuesday to boost the chances of fellow reform candidate Hassan Rouhani, who was Iran's chief nuclear negotiator under reform-orientated President Mohammad Khatami.

Even if Aref had stayed in the race, neither he nor Rouhani have particularly good chances in the election, says Lucas, but adds that there may still be hope for Rafsanjani's candidacy. "A possible scenario is that Khamani intervenes to allow Rafsanjani to stand after all - as a so-called goodwill gesture to keep up the pretense of free elections."