Asieh Amini is one of Iran's most famous women's rights activists. For about a decade, she has been fighting her country's judicial system, which systematically discriminates against women - at high personal cost. 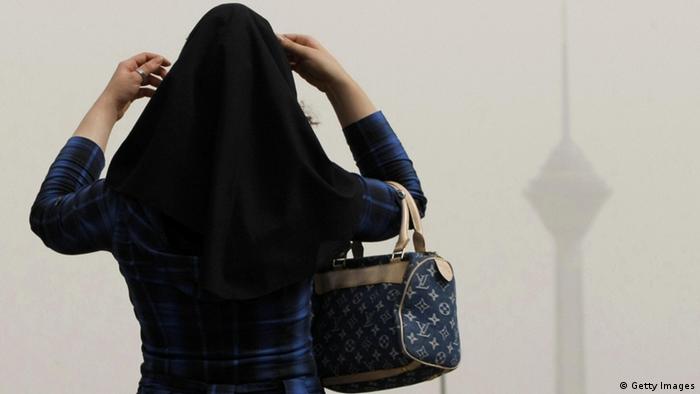 Today Asieh Amini can see perfectly well but she almost lost her sight a few years ago. She was at the end of her tether, both physically and psychologically. "The doctors said I was in shock," she explains. "Every day I had to face another difficult task with one of the women on death row. I was very close to them; some of them were like my children. It became too much, too terrible for me with time."

From journalist to activist 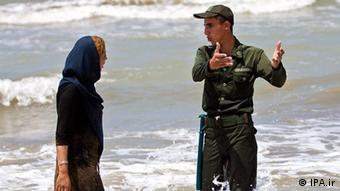 Authorities have tried to separate the sexes on Iran's beaches

Amini was working as a journalist at a newspaper when she came across the case that would change her life in 2003. She discovered a 16-year-old girl who was in jail because of extramarital sex. She had been sentenced to death through stoning. Atefeh Sahaleh had been raped regularly since the age of 10 and been given money to keep quiet. "After some time, she saw it as her job." She was locked up for prostitution. "The judge decided she should die. I found out that the case had not been given enough attention to justify this sentence."

Amini wrote an article about Atefeh's plight but her newspaper did not dare publish it. She also made sure the 16-year-old had a lawyer and gave support to her family, but she was not able to prevent the execution. "I learned something important," she recalls. "We have this terrible law in Iran - a sexual relationship is enough to kill us."

Gradually, Amini discovered that stonings were taking place regularly but in secret because the government had succumbed to international pressure and said they would be abolished. The journalist became a human rights activist. She lost her job and went underground. In 2008, she co-founded the "Campaign against Stoning," which has saved many people from this fate. 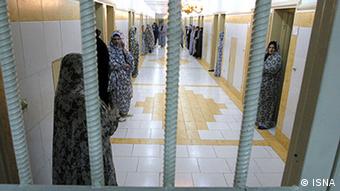 In the male-dominated legal system, it is sometimes very difficult for women to obtain a divorce if their husband does not agree. Many judges refer to passages in the Koran that only allow husbands to divorce unilaterally, simply by pronouncing a formula three times.

Girls can be tried as adults from the age of nine, whereas for boys, the age is 15. Daughters only inherit half of what sons do. Women do not get custody of their children. They have no right to alimony if their husband divorces them. They have to get permission from their husband if they want to work or go abroad. Men, on the other hand, are allowed by law to have up to four wives.

"These are the areas that women refer to when they say the legal system in their country treats them as second-class citizens," says Katajun Amipur, Professor for Islamic Studies at Hamburg University. She says that the the systematic discrimination has fatal consequences for society. "If there is such a legal system and small children are taught as much in school, how can young people grow up thinking women are worth more?" 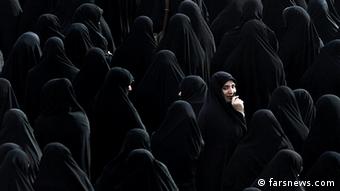 The situation has become worse during Mahmoud Ahmadinejad's presidency says exiled Iranian jounalist Mitra Shojaie. Anyone who campaigns for women's rights or democracy is in great danger. "Many activists are in jail. Others are scared. They are watched round the clock."

Asieh Amini also experienced this in 2009. "All of our daily activities were monitored. Our friends were arrested. We couldn't work anymore although we tried to. It got even worse after he was re-elected. We couldn't phone anyone, send emails or even meet people." She left her home country four months after Ahmadinejad was re-elected, going into exile in Norway.

Although she is not very hopeful about the country's politicians, she does believe the people will bring about change. "I hope that the experience of discrimination will help us and bring us closer to democracy. Democracy has to come from the people. Nobody can think and act for us - we have to do that for ourselves. The people will decide on change. That will happen after the elections."

In the meantime, the tireless activist continues to write articles, blogs and books to improve women's rights in Iran.

Minorities in Iran face stepped-up efforts to silence and stamp them out - including mass arrests and executions. An Ahwazi Arab activist seeking appeals for five men on death row shared his personal story with DW. (03.05.2013)

"DW Farsi offers, along with news, which is neutral and objective, articles and picture galleries, which I follow with great interest." (23.04.2013)

Iran's president has dismissed the only female minister in his cabinet. Health Minister Marzieh Vahid Dastjerdi was the first and only woman to have held a ministerial position in the Islamic Republic's 34-year history. (27.12.2012)