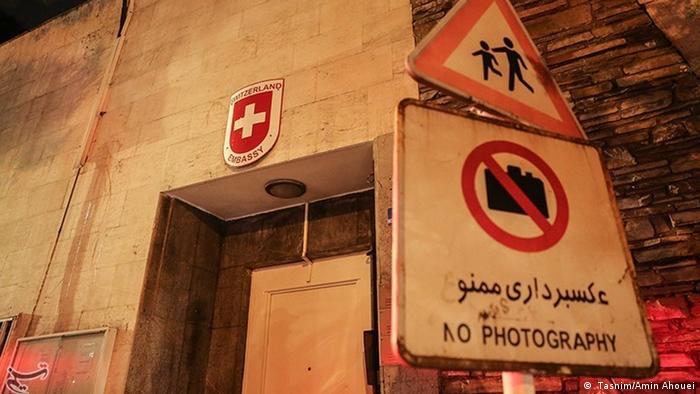 The Swiss Federal Departement of Foreign Affairs (FDFA) on Tuesday confirmed that a female employee at its embassy in Tehran had died after falling from a building.

"The FDFA and its head Federal Councillor Ignazio Cassis are shocked by the tragic death and express their deepest condolences to the family," the department said in a statement. "The Department is in contact with the family of our employee. The Swiss Embassy is in exchange with the local authorities."

The FDFA told DW it was unable to provide further information at this stage. However, government-aligned Iranian news agencies ISNA and ILNA news agencies had earlier reported that the woman was a high-ranking diplomat.

The agencies said the woman, in her early 50s, fell to the ground from the high-rise building's 18th floor, where she had lived. Her body was reportedly found by a gardener.

Switzerland represents the diplomatic interests of Washington in Iran. The United States and Iran severed relations shortly after the Islamic Revolution in 1979.