Navid Afkari had been arrested and charged with murder in 2018. The young athlete said his confession was obtained under torture. Tehran executed the 27-year-old on Saturday, prompting shock and condemnation. 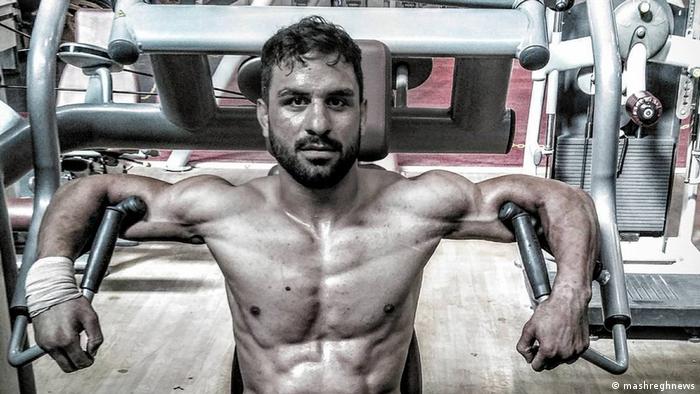 "Foreign embassies should not become the mouthpiece for Iranian opposition groups and should at the very least adhere to diplomatic norms," Ali Bagheri, from the justice department's international affairs office, said earlier on Monday.

"Pressure from abroad" would undermine neither the Iranian justice system nor the Islamic laws which govern the country, he said.

"We were deeply shocked by the execution of Navid Afkari," the statement read. "It is not acceptable that basic legal rights be ignored in order to silence opposing voices."

Afkari was executed on Saturday at Adel-Abad prison in the Iranian city of Shirza. He was buried on Saturday amid tight security. His parents were not allowed to attend the funeral.

Afkari's mother said that she had "checked the judiciary website every day to check if her son is alive and today he's not," according to Iranian journalist Masih Alinejan. "She said I cannot even say the word execution. He was murdered."

'No proof of guilt'

Iranian authorities said he had killed a security worker in August 2018 during anti-government protests amid high levels of inflation, unemployment and inequality.

Tehran said he had confessed, but the wrestler, his family, and human rights organizations said the confession was obtained through torture. They said he was targeted because he was a high-profile athlete who had dared to criticize the Iranian government.

His lawyer said there was no proof of his guilt. 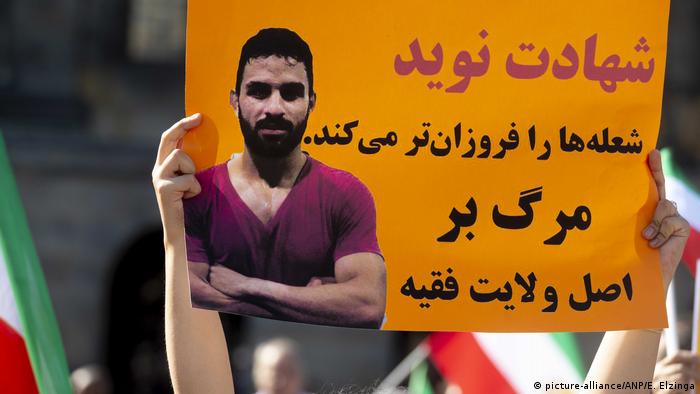 A poster condemns the execution of Navid Afkari during a demonstration in Amsterdam, the Netherlands

The young athlete's execution prompted shock around the world.

The European Union added its voice to the condemnation of Afkari's execution.

"The European Union is opposed to the death penalty under all circumstances and cases with no exception," a spokesman for EU foreign policy chief Josep Borrell said in a statement.

"Human rights remain a central feature of our engagement with Iran. We will continue to engage with Iranian authorities on this issue […] and on individual cases such as this recent execution."

The United States, which unlike the EU practices the death penalty in several states and at a federal level, also condemned Afkari's execution.

US Secretary of State Mike Pompeo called it "an outrageous assault on human dignity, even by the despicable standards of this regime."

The Athletes Germany grouping called for sanctions against Iran over the execution.

"We expect the International Olympic Committee (IOC) and United World Wrestling (UWW) to take a resolute stand against human rights violations by athletes and other groups of people who are part of the Olympic movement or who are within its sphere of influence," Athletes Germany said.

UN criticizes Iran's use of death penalty against minors