The Tehran government has summoned the French ambassador to protest a Paris rally by an anti-regime "terror group." Former Saudi intelligence tzar Turki al-Faisal spoke at the meeting of Iranian dissidents. 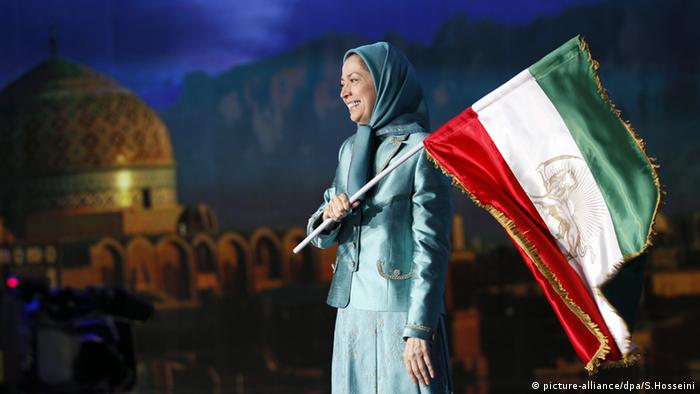 The Iranian Foreign Ministry condemned the gathering on Tuesday, stressing that al-Faisal's presence showed the "impudence and stupidity" of Iran's archrival Saudi Arabia.

The Saturday rally was organized by the National Council of Resistance of Iran (NCRI), which serves as the political wing of the Mujahedeen-e-Khalq (MEK), who had waged an armed struggle against the mullah regime. The meeting organizers claim that some 100,000 dissidents and exiles attended the annual event near Paris.

The MEK was first set up in the 1960s to overthrow the shah of Iran, but continued their fight against the forces of the Islamic revolution of 1979. They sided with Saddam Hussein during the Iraq-Iran war and assassinated dozens of top regime officials.

"The gathering held by those whose hands are stained by the blood of the Iranian people ... is unacceptable," Abolghassem Delfi from the Iranian foreign ministry was quoted as saying by state news agency IRNA.

The Iranian officials summoned the French ambassador in protest, saying that the Islamic Republic would condemn any government "European or regional" that supported the MEK.

Without mentioning Saudi Prince al-Faisal by name, Zarif said that a person "who is the creator of both al Qaeda and the Taliban and has had a very disgraceful role in the history of the Saudi regime in the region" had attended the rally.

During the weekend meet, NCRI chief Maryam Rajavi (pictured above) urged Western countries to "abandon the policy of appeasement, which emboldens the Teheran regime to intensify the suppression of the Iranian people," the US-based World Tribune quoted her as saying.

The cult-like MEK was considered a terrorist organization by the European Union until 2009. The United States only lifted its terrorist designation on the group in 2012 after an intensive lobbying campaign.