Iran seeks tourism in the millions as nuclear chill ends

With sanctions eased in the wake of the nuclear deal, the country's goal is 20 million tourists annually by 2025 which would provide $30 billion a year. 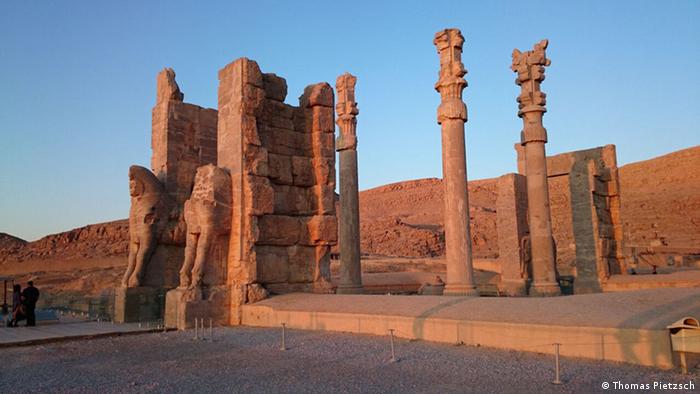 Tourists, and the healthy revenues they could generate, are among the huge economic changes stemming from the nuclear deal. Ski resorts, UNESCO-listed world heritage sites and deserts sit alongside cities steeped in Middle Eastern grandeur and tradition. Entry procedures have been simplified, meaning visitors from only 11 countries are not eligible for a visa on arrival. The United States, Britain, Canada and France top the exclusion list but some people will not be put off by the restrictions.

It comes as tourists shun many parts of the Middle East because of war and a recent wave of jihadist attacks in countries including Egypt and Tunisia. "For tourists, the sense of security and peace is very important. The nuclear deal and the trips of President Hassan Rouhani to Italy and France have reinforced this phenomenon," said Ebrahim Pourfaraj, head of Pasargad Tour Agency and president of the Association of Iranian Tour Operators.

There have been 4.16 million visitors since March 2015, up five percent from the previous year according to the tourism ministry. Two thirds of them come from neighbouring countries, such as Iraq, Azerbaijan, Armenia, Afghanistan or Pakistan, predominantly religious pilgrims visiting the holy Shiite cities of Mashhad, northeast of Tehran, and Qom, south of the capital.

"If the infrastructure existed, we could take 30 percent more tourists who are not visiting for religious reasons," Pourfaraj added. Western tourists currently make up only five percent but the number is rising. French and English speaking guides are booked up until the end of 2017 and the four or five star hotels in Isfahan, Shiraz and Yazd are fully booked months in advance.

Of the country's 1,100 hotels, only 130 are four or five star - 400 more would be needed to accommodate 20 million tourists per year. Iran will have to adapt quickly to make the most of renewed interest.