Iranian media say Tehran has written a letter to protest at the invitation of author Salman Rushdie as a guest speaker at the prestigious Frankfurt Book Fair. Iran issued a fatwa against the writer in 1989. 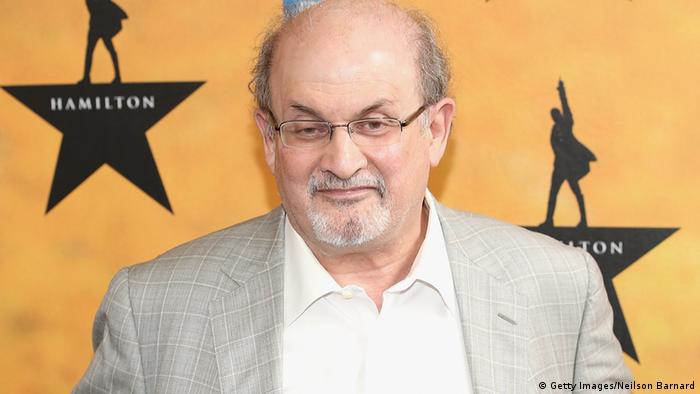 Iran's Deputy Culture Minister Abbas Salehi told the ISNA news agency that Tehran was opposed to Rushdie's planned presence at the fair next week, and would try to persuade other Muslim countries to join it in protesting to the organizers.

"When we learned of the presence of Salman Rushdie at the book fair in Frankfurt, we sent a letter of protest and called on other Muslim countries to do the same," Salehi was quoted as saying on Monday, adding: "We will seriously consider not participating."

A spokeswoman for the book fair declined to confirm to DW the receipt of such a letter.

The founder of the Islamic republic, Ayatollah Ruhollah Khomenei, issued the fatwa, or religious edict, against Rushdie in 1989. This followed allegations from many in the Muslim world that Rushdie had irreverently portrayed the Prophet Muhammad in his 1988 novel, "The Satanic Verses". 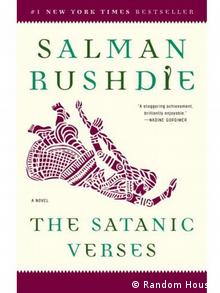 The fatwa, which offered money for Rushdie's murder as an apostate, was confirmed in 2005 as being still in force by Khomeini's successor, supreme leader Ayatollah Ali Khamenei.

The fatwa forced Rushdie, a British citizen now living in the United States, to go into hiding for several years. The British government placed the writer under police protection.

In recent years, he has appeared at many public events, but is known to sometimes cancel his attendance at short notice.

"The point is that it really has been over a long time," Rushdie said in a recent TV interview with WGBH News. "Every so often, somebody shakes a fist in my direction, but it hasn't been 'a thing' for like 16 years now."

"What happened to me then felt like an isolated, weird, bizarre event without a context for it, and now I think it's happening to all of us," Rushdie, who has spoken at length about the attacks on Charlie Hebdo, also said.

The Frankfurt Book Fair, one of the biggest book festivals in the world, will take place in Germany from October 14-18.

Rushdie had welcomed the recent nuclear deal between the international community and Iran, saying it seemed to him that "peace is better than war."

Salman Rushdie offers his own 1,001 nights

In his latest novel, "Two Years Eight Months and Twenty-Eight Days," Salman Rushdie shows once again that despite fatwas, he doesn't fear the confrontation between faith and reason. (22.09.2015)

The Man Booker Prize is the world's most important literary award and guarantees the winners' international success. The jury has now unveiled this years shortlist of six books. (15.09.2015)