The US has hinted at sanctions relief for Iran, though it conceded a conclusion to the nuclear deal talks is a long way off. Joe Biden will find stiff Republican opposition should he wish to offer Tehran respite. 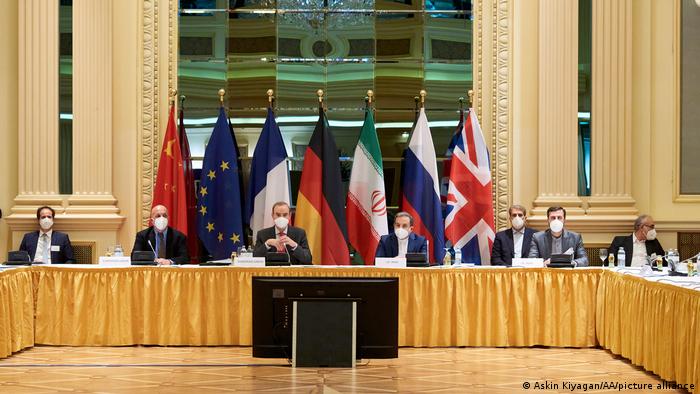 The US and Iran remain far apart as mediators seek some middle ground.

The United States and Iran are still far apart as the pair seek a way of resurrecting the 2015 nuclear deal, a State Department official said on Wednesday.

Differences persist between Washington and Tehran over how they might resume compliance with the agreement known as the Joint Comprehensive Plan of Action (JCPOA), despite making "some progress" in their latest indirect talks in Vienna, the US official said on condition of anonymity. A European diplomat representing Britain, France and Germany, who also wished to remain anonymous, expressed similar sentiments.

"There still are disagreements and, in some cases, pretty important ones," the US State Department official said. "We are not near the conclusion of these negotiations. The outcome is still uncertain."

The official disclosed the latest update to reporters via a conference call.

Despite the chasm between the two nations, the US official did hint at the next step towards possible sanctions relief for Iran.

The US are not officially represented at the talks in the Austrian capital but Washington can make its presence felt by way of intermediaries. As a result, the official said the US had highlighted three points over the sanctions it is currently imposing on the Islamic Republic. Namely: sanctions the White House is prepared to lift, those it is not and sanctions that still require further examination.

The official did not specify which sanctions fall into which category but said the third group is the most problematic.

That's because it includes measures that current officials believe may have been imposed by the previous administration simply to make any possible Iran return more difficult. 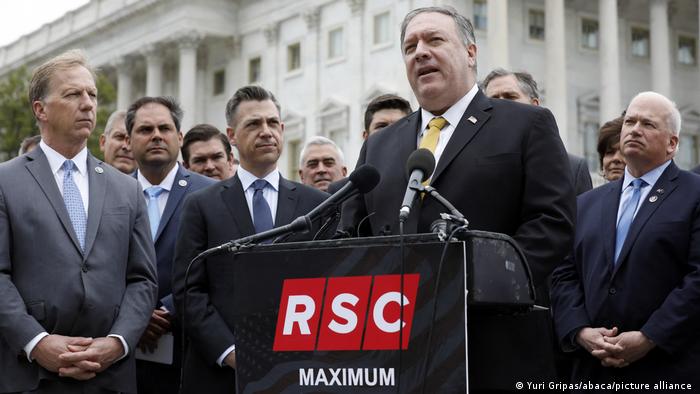 Any sanctions relief offered by the Biden administration will be strongly opposed by Republicans in Congress, who on Wednesday unveiled a draft bill, presented to the media in front of the Capitol building by Mike Pompeo.

The former Secretary of State was in Washington, along with members of the Republican Study Committee, to introduce the Maximum Pressure Act against Iran.

An alleviation of sanctions will almost certainly be opposed by Israel, which regards Iran as an existential threat, as well as Gulf Arab states wary of Tehran over similar fears.

The JCPOA gave Iran billions of dollars in sanctions relief, as part of a deal whereby Tehran would curb its nuclear program. But that relief largely evaporated when former US President Donald Trump withdrew from the arrangement in 2018, as part of a "maximum pressure" campaign against Tehran, as he re-imposed the earlier sanctions, and even added new ones.

Iran has announced that it is upping uranium enrichment levels — a move that threatens any attempt to revive the 2015 nuclear deal. Barbara Wesel says it’s time for Europe to re-examine its policies towards the regime.

Iran and Saudi Arabia have held "positive" talks — the first since diplomatic ties were cut four years ago, the Financial Times reports. The regional rivals have been engaged in a proxy war in Yemen.

Five rockets have targeted an Iraqi air base hosting US soldiers, wounding two foreign contractors and three Iraqi soldiers. It's the latest attack coinciding with tensions between Baghdad's allies Tehran and Washington.