Iran lashes out against Albania after Soleimani killing | Europe | News and current affairs from around the continent | DW | 21.01.2020 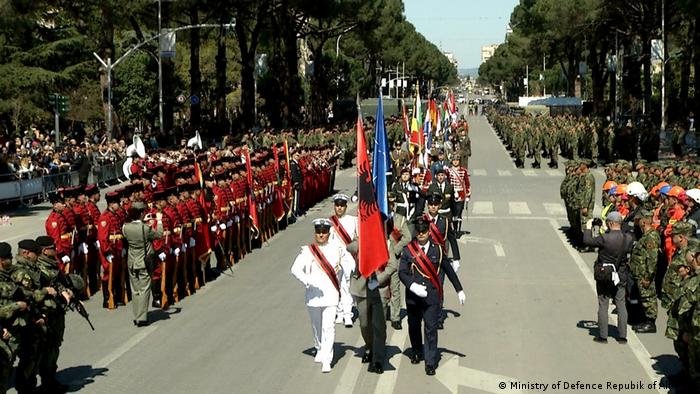 After the recent assassination of Iranian General Qassem Soleimani in a US drone strike and ensuing saber-rattling between the two countries, Iran's supreme leader, Ali Khamenei, lashed out against a surprising target: Albania, a tiny Balkan country on the edge of southeast Europe and NATO member state. "There is a small but evil European country in which Americans and traitors against Iran got together to conspire against the Islamic Republic."

Albania has become caught up in the escalating conflict between the US and Iran. Indeed, leaders in the capital, Tirana, welcomed Soleimani's assassination; they immediately expelled two Iranian diplomats, reportedly for engaging in activities deemed unacceptable for diplomats.

But why, exactly, is Albania involved in this US-Iranian standoff? The connection goes back several years and involves members of the People's Mujahedin of Iran (MEK), a formerly Iraq-based group that has endeavored to bring down the Iranian regime. After former Iraqi dictator Saddam Hussein was ousted, MEK members in the country found themselves under attack from Iranian rocket strikes. The Iranian leadership regards the group as a terrorist organization; the group, however, has ties to the US, which then arranged for fellow NATO member state and staunch Washington ally Albania to grant refuge to over 3,000 MEK members. 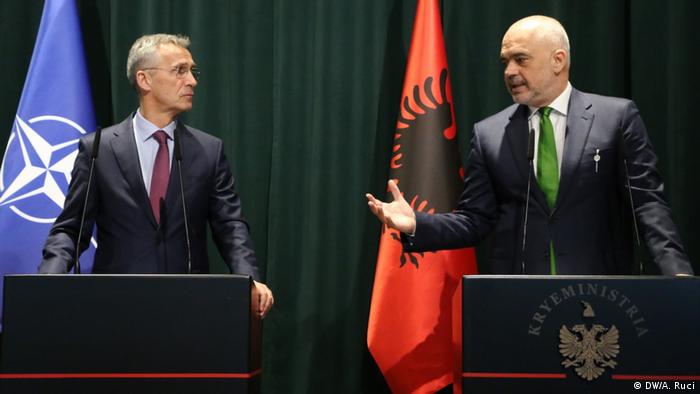 Albania has been a NATO member since 2009

The US and Albania reached a humanitarian agreement and in 2013, thousands of MEK members were resettled to the Balkan country. Indeed, Albanian Prime Minister Edi Rama said following Khamenei's threats the resettlement resulted from his country's "unwavering alliance" with the US.

Rama concedes that taking in the MEK members poses a risk for Albania. Yet he said it was a risk that "also honors and keeps alive the Albanian tradition" — by which he means the country's previous role in protecting Jews from the Nazis during World War II. Albania deported not one single Jew to Nazi Germany.

MEK members fear for their safety

The MEK members live in a large, high-security camp near the coastal city of Durres, some 30 kilometers (19 miles) from Tirana. But now that Iran has vowed to avenge the killing of General Soleimani, they are increasingly concerned for their safety. While camp security has been tightened, MEK legal adviser Behzad Saffari told DW the group does not feel safe anywhere.

"The terrorism of the Iranian regime poses a threat to us everywhere in the world. The Iranian embassy in Tirana, and those in other European capitals, are centers of terrorist operations of the regime," he told DW, adding that German security agencies had confirmed that Iranian spy operations were targeting the group. 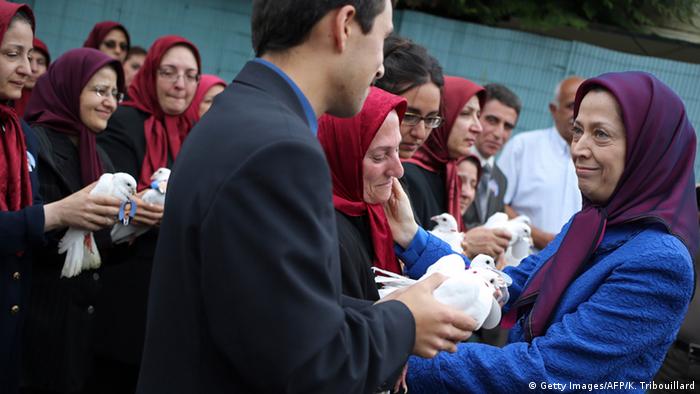 Albania agreed to take in MEK refugees in 2013

The organization has welcomed Albania's expulsion of Iranian diplomats. Saffari praised the move, saying "this is a courageous and honorable step in the fight against terrorism and for the protection of Albanian national security. And it protects Iranian dissidents in exile."

Albania in the crosshairs

But even prior to the Soleimani killing, MEK resettlement to Albania had already caused considerable tensions between the Balkan state and Iran. In October 2019, for example, Albanian police uncovered an Iranian-controlled terrorist cell that was aiming to carry out attacks on MEK members in the Balkans. Albanian police believe the group is part of Iran's elite Quds Force.

Albanian security expert Redion Qiriazi says the Balkan country is increasingly under threat from the Iranian regime, and that cyberattacks and terrorism pose the biggest danger. According to Qiriazi, Iran possesses "stable and experienced resources" in this regard. He believes Iran could mount attacks on Albanian territory, or on Albanian forces serving as part of international missions abroad, for example in the Middle East and Central Asia.

MEK adviser Saffari warns that such attacks pose a danger not only for Albania but the entire Balkan region. "Iran's long-term strategy is to turn the Balkans into a gateway for Islamic fundamentalism and terrorism in Europe," he told DW. Speaking at a Tirana security conference earlier this month, US General Michael Barber also warned that Albania must remain vigilant as all US allies may be targeted by Iran. In a reference to the trans-Atlantic bloc's cornerstone agreement to wage common defense, he assured the country that the US and NATO would stand by its side: "The alliance will respond to any attack on one of its members."