Iran clamps down on Internet activists | World| Breaking news and perspectives from around the globe | DW | 01.03.2012

The regime in Tehran is intensifying its persecution of Internet activists. Fearful of fresh protests as elections approach, a new cyber police force has increased surveillance of social networks and bloggers. 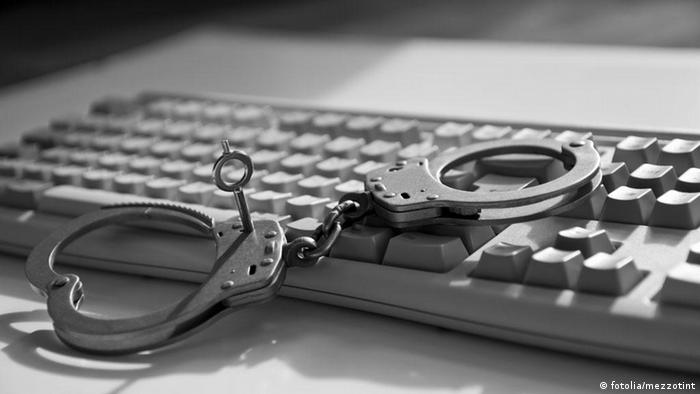 Lashes for bloggers, arrest for web activists, attacks against Twitter: According to Amnesty International the persecution of opposition figures and Internet activists is on the rise in the run-up to the country's parliamentary elections on March 2.

The human rights group says in its latest report that even ordinary Internet users are subject to surveillance and harassment. In an apparent effort to stymie protests against the ballot via the Internet, the Iranian regime has also introduced new surveillance measures. "A newly-created cyber police unit has been forcing the owners of Internet cafes, since last month, to install surveillance cameras and keep tabs on the identities of Internet users," the report says. 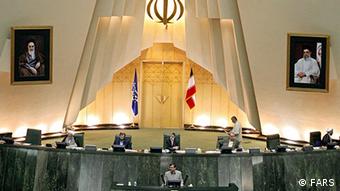 Parliamentary elections are a test of domestic dissent in Iran

Ehsan Norouzi, an Iranian web activist from Tehran, said that he was certain the government was seeking to "cleanse the web of dissidents and opposition figures and prevent the Internet from being used as a tool of resistance."

In pursuit of a 'Halal Internet'

Iran's controversial presidential poll of 2009 and the ongoing Arab Spring have been a clear signal to the regime in Tehran that blogs and social networks wield substantial power. For several years, the government has been working on a complex filtering system to censor websites. Access denial, reduced Internet speed, the arrest of web activists and blocked websites are all meant to prevent Iranian users from getting uncensored information.

In the past, Iranian users were able to circumvent government-installed censorship firewalls with anti-filtering Virtual Private Network (VPN) gateways or by logging onto the web through a long-distance dial-up. More and more, however, these services and methods are now being blocked. 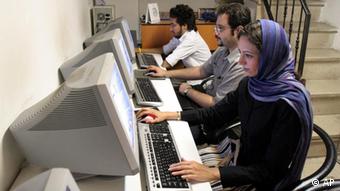 In the wake of the latest censorship restrictions, the Iranian government has been blocking Gmail, Yahoo, Youtube and encrypted websites. These measures are part of government plans to create a "halal Internet" (a web without 'immoral content') which will make it impossible for Iranian users to access foreign websites.

Ever since the 2009 election, the government has steadily increased its surveillance operations, says Ehsan Norouzi. However, the latest restrictions are the toughest yet. "The government is trying ultimately to disconnect the population from the Internet," he says.

All of these measures have not succeeded in breaking the resistance generated over the web. For weeks, in blogs, on some Facebook pages, or on Twitter, Iranians have been urging a boycott of the election.

But the government's censorship activities have left their mark. The Iranian blogosphere, which was alive and well despite the censorship and arrest of activists after the 2009 protests, is suffering the most from the latest restrictions.

Arash Abadpour, an Iranian blogger and web activist, is convinced that the newest surveillance measures and technical restrictions have had a negative effect on the blogosphere. "Fearful of the constant surveillance and the threat of criminal prosecution, bloggers are avoiding risks and, as a result, are producing less critical content," he says. Amir Shafizade, an Iranian student, has been operating a website for the last four years in which he and the site's other members write satirical articles to poke fun at political and social issues. The site has more than 200,000 members and also has a page on Facebook. But even in social networks, the reprisals are having an effect. "Users are now more cautious," says Amir. "Before, some of our stories had as many as 100,000 page views; today, we are registering a maximum of 30,000 clicks."

Most of Iran's 30 million Internet users are young - between 25 and 35-years old. The opposition web activists among them are well versed in Internet technologies and capable of sidestepping censorship efforts. However, these people are not representative of the population as a whole, says Amir. "The virtual discussions of these specialists - and their will to resist - do not get through to the rest of society because they are talking about things that the average user knows nothing about," he says.

To keep the divide from growing too large, the United States and other Western countries are helping to build a so-called shadow network - a technology that is meant to allow communications between opposition web activists and normal Internet users.

If Internet censorship in Iran becomes too restrictive, the repression could push opposition Internet users to move their virtual activities into the real world, notes Amir.

"If my sister can no longer talk with her closed circle of friends on Facebook, then she will talk our parents into not voting," he says. After all, their parents' generation also rebelled when they were young - without Facebook and Twitter.

Many officials have started using online social networks. The president of the European Council uses Twitter and even has an account with its Chinese counterpart, with which he has become surprisingly popular. (15.02.2012)

A report by the UN's nuclear watchdog says Iran has been sharply stepping up its controversial nuclear program, heightening fears it may be close to building a nuclear bomb. (24.02.2012)