Iranian authorities have confiscated the passport of an Iranian artist, barring him from traveling to London for a book launch. The authorities did not provide a reason for why he was prevented from leaving Iran. 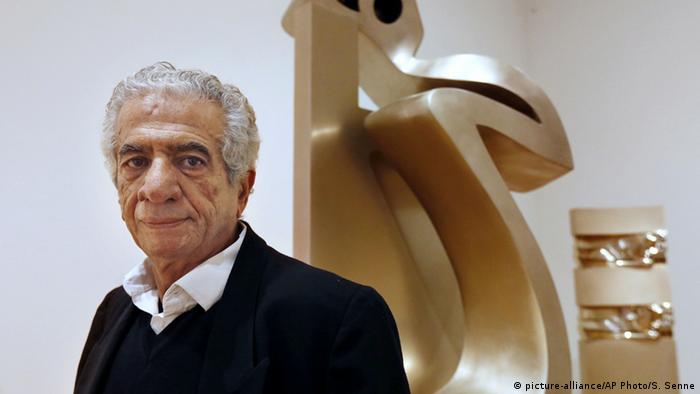 Renowned Iranian sculptor Parviz Tanavoli announced on Facebook late Saturday that authorities had barred him from traveling to the UK where he was expected to give lectures.

Eight people were arrested for modeling or publishing photos of women without headscarves in what authorities called an "un-Islamic" criminal modeling network.

"This morning I went to Tehran's Imam Khomeini airport to catch my flight to London. I was told I am not allowed to leave," Tanavoli said.

He told Iranian authorities that he was expected in London to give two lectures at the British Museum and the Asia House.

Authorities confiscated his passport at the airport, failing to provide a reason for preventing him from traveling outside of the country.

"I still don't know why I am here and when I will be able to leave," he added.

The Magic of Persia Foundation said it would go ahead with the Sunday book launch of Tanavoli's "European Women in Persian Houses" at the British Museum.

Tanavoli is associated with the Saqqakhaneh artistic movement, considered the "most influential avant-garde in 1960s Iran," according to the UK's Tate Modern.

Despite last year's nuclear deal, Iran has continued to crack down on artists, journalists and other cultural producers in the country.

In May, police arrested eight people for running an allegedly "un-Islamic" modeling network on the social media platform Instagram. They were accused of modeling or publishing photos of women without a headscarf.