Donald Trump has been dithering over fulfilling his campaign promise to pull out of the Paris Agreement at the G7 summit in Italy. Businesses say the US must work with the rest of the world to tackle climate change. 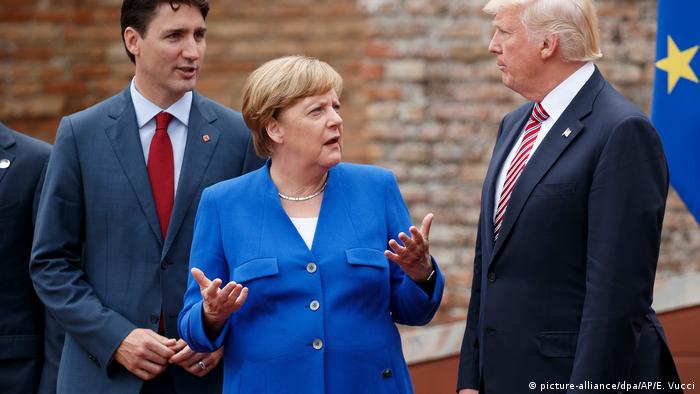 As the world's seven largest economies meet in Italy today and tomorrow, the summit is being watched by environmentalists and companies alike for what could be a world-altering decision. Will Donald Trump pull the US out of the Paris climate agreement?

Media reports last week claimed Trump would make a decision at the summit, but those reports have been denied by the White House.

Analysts have said this is one of the most unpredictable G7 summits in history, because the White House has left the other G7 countries in the dark as to America's intentions in a number of areas.

Ahead of the summit, over 280 global investors sent a letter to the G7 urging all seven countries to stand by the Paris Agreement and swiftly implement it. Together they represent more than $17 trillion in assets.

"Investors are sending a powerful signal today that climate change action must be an urgent priority in the G20 countries, especially the United States, whose commitment is in question," said Mindy Lubber, President of the sustainability non-profit Ceres, which organized the letter.

"Global investors are eager to open their wallets to a low-carbon future, but it won't happen without clear, stable policy signals from countries worldwide - in particular, the US government whose waffling on the Paris climate agreement is hugely troubling."

Environmentalists have urged the G7 to push Trump on the climate issue.

"There is little expectation that the American President will be willing to share a constructive approach in this regard," says Monica Frassoni co-leader of the European Green Party.

"The European participants, however, should not allow Donald Trump to intimidate and dominate everybody else. Nobody should forget that the policy of the Trump administration does not represent the views of the majority of the American people." 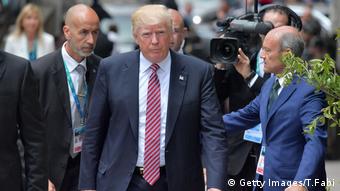 Donald Trump promised to pull the US out of the climate accord during his campaign, but has since hesitated

But these voices are running into a headwind. There is strong pressure from Trump's base and some Republican lawmakers to fulfill his campaign promise to pull the US out of the agreement.

Yesterday, US Senate Majority Leader Mitch McConnell and 21 other Republicans sent a two-page letter to Trump urging him to follow through on his promise.

The lawmakers warned that staying in the accord could mean legal challenges to Trump's already-announced intention to roll back environmental legislation - including his cancellation of the Obama-era emissions reduction measures that were meant to get the US to its target under the accord.

However, most of the senators who signed the letter are from states that depend on fossil fuels like oil and gas, and together they represent less than half of Republicans in the Senate. Other Republican lawmakers favor keeping the US in the climate agreement.

G7 talks are expected to go late into the night tonight and continue through the day tomorrow, and a decision from Trump isn't expected until late in the summit - if it comes at all.

Asked yesterday whether he would demand a decision from Trump in Italy, France's new president Emmanuel Macron responded that it was better not have a "rushed" decision from the US.

Trump is facing significant international pressure to keep the US in the accord. All the world's countries except Syria and Nicaragua are signatories to the agreement, and world leaders have urged Trump not to quit the accord. During a visit to the Vatican this week, Pope Francis gave him copy of his 184-page encyclical on caring for the environment as a gift. Trump has in the past dismissed global warming as a "hoax perpetrated by the Chinese." 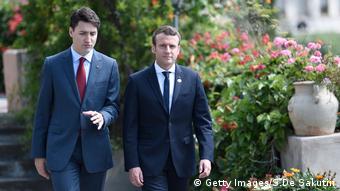 French President Emmanuel Macron knows French pride is at stake for maintaining the accord.

The US president may have been surprised by the ferocity with which the business community has defended the Paris Agreement. Even some coal companies have urged Trump to stay in the accord since he took office. They are worried the US will lose influence in shaping a global climate regime, which it would eventually have to abide by anyway.

"Regardless of what the US administration does, it's vital that every signatory across the G7 and G20 adopts policies that drive better disclosure of climate risk, curb fossil fuel subsidies and put in place strong pricing signals sufficient to catalyze the significant private sector investment in low carbon solutions," she says.

There are four new faces as G7 leaders meet in Italy for a highly anticipated summit to be dominated by trade, climate and security. The leaders are hoping to obtain some clarity on Trump's stance on major issues. (26.05.2017)