Investigative journalists shine a light into dark places – taking risks to provide considered, careful and thorough analysis of current issues and uncovering mis- and disinformation in their communities. 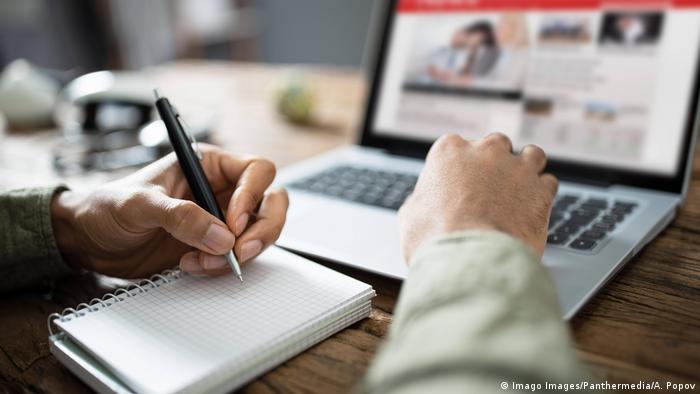 What is the investigative approach?

Investigative journalism is one of the oldest forms of fact-checking, dating back to the so-called "muckrakers," who uncovered corruption and mismanagement in American factories and government institutions in the early twentieth century. Since then, much has changed, but the basics of the approach remain the same: investigative journalism depends on the careful, long-term, and systematic research of a specific issue or situation.

The investigative approach in fact-checking means that journalists use elaborate, often technically sophisticated methods and long-lasting research to bring the truth to light. For example, the investigation into the causes of the crash of Malaysia Airlines flight MH17 over Ukraine by Bellingcat.

It is a method for detecting manipulations in documents, images and data and to debunk narratives based on false sources. But it also means that the use of fact-checking methods is becoming part of investigative journalism. There is a new connection between both.

Investigative journalism 2.0 often harnesses the power of modern computing, allowing reporters not only to receive tips from just about anyone through encrypted channels, but also to find patterns and gain insights hidden in massive quantities of data quickly and accurately through open-source intelligence (OSINT). Bellingcat, one of the earliest progenitors of "open-source" investigative journalism, got its start uncovering human rights abuses during the early years of the Syrian civil war – providing invaluable insights to human rights campaigners, governments, opposition politicians and the general public. Since then, their team has expanded to 18 people and over 30 contributors covering everything "from Mexican drug lords and crimes against humanity, to tracking the use of chemical weapons and conflicts worldwide."

A major feature of this new wave of investigative journalism is also its transparency: many articles include links to interview transcripts and reprints of the primary sources and databases, as well as detailed descriptions of how the initial research was conducted. Because of this emphasis on transparency and ethical standards, it has become commonplace for reporters using this approach to work collaboratively across different news outlets and civil society organizations. During their investigation of the "Panama Papers," Süddeutsche Zeitung (SZ) reporters worked with the International Consortium of Investigative Journalists (ICIJ) to gather together the expertise necessary to analyze the documents – nearly 2.6 terabytes of data. By the end of the process, the team encompassed not only the SZ and the ICIJ, but also The Guardian, BBC, Le Monde, SonntagsZeitung, Falter, La Nación, German broadcasters NDR and WDR, and Austrian broadcaster ORF, among others, before being picked up by journalists across the world who did their own reporting on the ensuing scandal.

As investigative journalists often uncover issues of larger social import, their reporting is picked up by other news outlets, amplifying their effect and continuing the work started by others. It can also save lives: in 2015, Mada Misr reported on the trial of the "Arab Sharkas cell" of seven men sentenced to death for killing soldiers during a raid, uncovering enough evidence of the men's innocence to overturn the verdict of at least one of the accused.

What kinds of misinformation does this approach most effectively address?

Investigative journalism is a story-telling medium, best able to challenge larger problems in society, such as widespread corruption, covert military action and inaction, and other governmental failures and cover-ups.

What are the advantages of this approach?

The major advantage of investigative journalism for fact-checking is its story-telling approach, which allows numerous different research methodologies to be woven together. Interviews, document research (court records, government document, secret files and dossiers), data and image analyses can all be deployed to look at an issue from all possible angles in order to uncover the bigger picture. Due to the explosive nature of the stories they uncover, investigative journalists can have a major impact, leading to real change in the societies they report on.

What are some of the challenges for this approach?

Investigative journalism, especially when conducted by professional journalists versus a team of volunteers and amateur reporters, is often resource intensive, requiring a major investment in computing, on-the-ground reporting and tech expertise. In addition, it often only reaches an audience with good internet access and a high level of media and information literacy, since the approach depends on packaging the results in long-form journalistic articles, books, and data plan-heavy websites.

Another major challenge for the investigative approach is the physical dangers it can present. These dangers are both situational, as reporters research in war zones or other unsafe environments, and targeted, as they are subject to direct personal attacks and death threats both in person and online in response to their reporting. Since 1992, 20 percent of journalists killed were working on stories about corruption – one of the classic issues uncovered by investigative journalists.

How does it compare to other approaches?

Investigative journalism is more expensive than other fact-checking approaches, but provides more engaging and nuanced reporting overall. Since it takes a great deal more resources (time, money, expertise) to produce, it cannot be used as an immediate corrective to misinformation, but it does play a vital role in building trust with readers and providing much needed context.

What are some examples of best practice?

ProPublica: Fight the Ship – on failures within the US Navy that led to the collision of the USS Fitzgerald in the South China Sea.

Rappler: Murder in Manila – on Rodrigo Duterte's war on drugs in the Philippines.

Al-Jazeera: made its trove of "Palestine Papers" available in a searchable database.