Species that aren't native to Europe are costing the EU billions of euros and threating the continent's biodiversity. The EU admits there is a policy gap - scientists want them to close it. 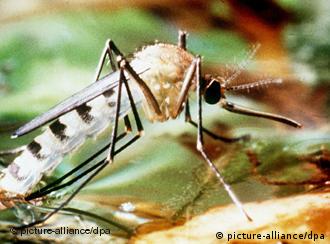 The tiger mosquito is benefiting from global warming

As governments meet in Nagoya, Japan, to discuss ways to halt the declining variety of the world's plants and animals, some German scientists are calling for more action against one of the threats to biodiversity in particular - invasive alien species.

These are plants and animals brought to new habitats either on purpose or as unseen stowaways. When these alien arrivals come into contact with new ecosystems, the results can be devastating.

Carsten Nowak from the Senckenberg Research Institute in Germany is worried that globalization may be leading to a gradual homogenization of species across the continents.

"If we want to maintain regional differences, we have to somehow stop (current rates of) species invasions," he told Deutsche Welle.

Europe now has 10,000 alien species. Some 10 percent of these are considered invasive, meaning that when they arrive, they tend to eradicate native plants and animals.

The European Union acknowledges that this is a problem for the bloc: These invaders are costing European economies 12 billion euros every year in agricultural losses and health care costs, as well as impoverishing the diversity of local ecosystems.

However, "there is no consistent horizontal coordination at EU level" for tackling this problem, a spokesperson for the EU's environment policy chief told Deutsche Welle.

So for the time being the bloc is "studying different policy options and cannot come up with a more detailed plan of action and measures just yet," she added. 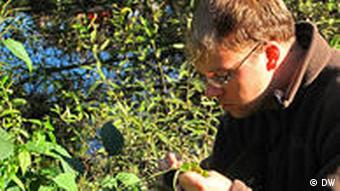 In Germany, one of the most harmful invasive plants is the Japanese knotweed.

"In many areas they occupy the whole riverbank and they outcompete the whole native plant community," Nowak said.

The Japanese knotweed was deliberately introduced to Europe as a decorative plant around 200 years ago. Since then, it has expanded extensively, making it difficult for other plants to grow.

Japanese knotweed is almost impossible to get rid of, because its roots can dig up to three meters into the ground and broken roots can grow to become new plants.

In many cases, scientists don't actually know what the long-term impact of invasive species, like the Japanese knotweed will be, but worst-case-scenarios include the extinction of local competitors, with a cascading effect on other plants and animals in the food chain.

This can be a slow process, or it can be rapid. Nowak says, for example, that the Egyptian goose has been particularly aggressive in its conquest of the Rhine, pushing out other duck species in the process. 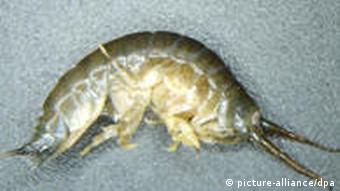 Increasing deliveries of goods across the globe has made it a lot easier for insects, fungi, bacteria and other pests to travel as stowaways on planes, trucks and boats.

For example, major problems can be caused just through ballast water.

When a ship takes on water as ballast it also sucks up organisms, which it may dump later at a destination far away. It is feared that this is how the "killer shrimp" could cross the Atlantic to North America, after already having made its way from Eastern to Western Europe.

"The killer shrimps have few natural predators, so they're found in absolutely huge population sizes. They feed on other species, even on other closely related shrimps, so shortly after their arrival, they eradicated a lot of native species," Nowak said.

Other invasive species prefer to fly.

With flight times getting shorter in recent decades, and more freight being flown around the world, the threat from the skies has increased dramatically in the last 50 years.

At Frankfurt International Airport, a team of inspectors has just three hours to check incoming goods like fruit and flowers for fungi, insects and plants.

"Certain goods, like basil, mangos, egg plants and celery have to be inspected for pests like leaf miner flies and fruit flies when they arrive at the airport", Hans-Juergen Hess, manager of the Plant Protection Service at Frankfurt International Airport, told Deutsche Welle.

Yet it's not just the contents of the boxes which pose a threat. Wooden pallets accompanying the boxes can harbor the Asian long-horned beetle.

It's the forester's worst nightmare because the beetle lays its eggs inside trees and when they hatch, they basically eat their way out. To tackle this threat, Hess checks that pallets have had a heat treatment which kills the beetles and their larvae. 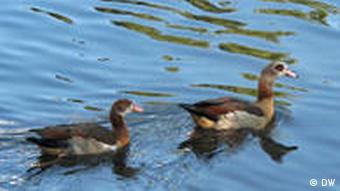 At the same time that climate change is shutting down habitats for some species, it is opening up new areas for others, like the tiger mosquito, one of Europe's more recent arrivals from the tropical climate of Southeast Asia.

"With global warming, it's just a question of time before tiger mosquitoes cross the Alps from Italy," Christian Melaun from the Biodiversity and Climate Research Center in Frankfurt told Deutsche Welle.

Tiger mosquitoes were originally transported to Albania in a batch of tires in 1979. From there they made their way to Italy. They are a serious cause for concern, because they carry diseases like dengue fever.

Border controls can only do so much against flying insects like tiger mosquitoes. The job of dealing with pesky intruders once they've arrived is taken up by scientists all over Europe, like Christian Melaun.

Melaun believes it's crucial to identify and eradicate new invasive species quickly, but he thinks this research isn't coordinated enough at the moment.

"There are really no first warning systems in Germany and no European-wide plans to control invasive species. This is a big problem not only to human health, but also to biodiversity and the economy."

Envoys from around the world will discuss how to reverse the alarming rate of plant and wildlife loss, but compensation disputes between industrialized and developing nations make the meeting's outcome far from certain. (18.10.2010)

The world has failed to curb a dangerous loss of biodiversity, UN report says

Eight years ago, the international community pledged to curb ecosystem loss by 2010, the International Year of Biodiversity. But the United Nations' latest outlook indicates a 'collective failure' to reach those targets. (11.05.2010)

European and American rivers in worse condition than previously believed

Envoys from around the world are discussing how to reverse the alarming rate of plant and wildlife loss at a biodiversity conference in Japan.