Football Made in Germany

Interview with Oliver Bierhoff: “We need to start with the five-year-olds”

He was captain of the team that crashed out of the European Championship Finals 2000 in the group stage. 16 years later, the tables have turned. Team coordinator Oliver Bierhoff explains the secret to Germany’s success. 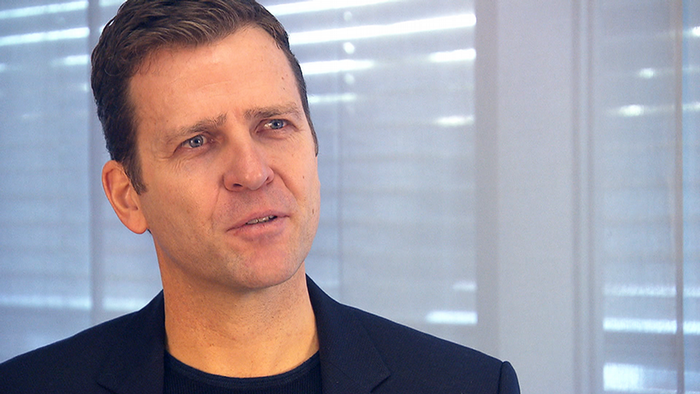 Deutsche Welle: What do you remember about the Euro 2000 tournament?

Oliver Bierhoff: Chaos. Things were already going wrong when the tournament kicked off. The team was not particularly strong and the coaches could not agree, either. You could feel that in the run-up. As captain, I tried to change that but there were too many factions: there was a gang of Bayer Leverkusen players, a gang of Bayern Munich players. Even Lothar Matthäus was still involved. So it was all a bit leaderless and we lacked in quality.

What effect did this low point have?

Oliver Bierhoff: Of course, the Euro 2000 tournament was a clear sign to those responsible that something had to change. In the year 2000, we woke up from the dream that we could take everything for granted. After we won the World Cup in 1990, just after the collapse of communism and the addition of new players from the former East Germany, Franz Beckenbauer predicted that we would be unbeatable for decades. And we believed that, patting each other on the shoulders and ignoring the countries passing us by on all sides. It wasn’t until the debacle of the Euro 2000 that we woke up and realized we had to do something.

In 2000, the average age of the players was over 31, while that of the current squad is under 25. What has happened in the last 16 years?

Oliver Bierhoff: Our interest, our willingness to invest in young players. Setting up the high-performance centers, especially, was a crucial decision. Because, suddenly, our modus operandi was completely different. Experts came together and exchanged views and we invested much more in training and developing young players. That includes the German FA’s program to promote young talents. After the clod-hopping style of soccer we played in 2000, we changed tack to "we have to have fun, we have to develop our technique, we simply have to promote agile players." And that’s why we now have players like Marco Reus, Mesut Özil, Mario Götze. These are all players who are skillful and versatile.

And yet, despite the success, the German FA continues to plan ahead, with its project of the century, the DFB Academy, the new center of German soccer in Frankfurt. Why does Germany need this academy?

Oliver Bierhoff: We can never rest on our laurels, we have to keep developing. And especially after winning the World Cup, it is extremely important not to fall into the trap of believing that we are entitled remain successful for the coming decades. And I’ve been thinking about where there is room for improvement. We want to try to bring together training methods, high-performance sport, research and development and innovation. We have to try to connect the individual areas and keep developing our soccer. The core point is that all the protagonists – coaches, players, referees and other experts – come together for what you might call cross-pollination and a constant flow of new ideas. As a trained business administrator, I can always say: as an association we need a successful national team. Because this national team accounts for about 70% of our FA’s sales, through sponsorship deals, TV rights, spectators and tournaments. So we have to make sure that we always have top-class players. And to always have top-class players, we need top-class expertise all the way from top to bottom. We need to start with the five-year-olds, keep going with the ten-year-olds and invest in quality at an early age. And we can do it.

Ultimately, what is the biggest strength of German soccer?

Oliver Bierhoff: The infrastructure and German organizational talent. That’s just the way it is. If you travel the world you realize that German engineering – although not exactly getting a good press right now – is simply outstanding. When we do something, we do it right and we organize it well. We lack flexibility or perhaps a more relaxed attitude sometimes But we have unbelievably good infrastructure in Germany with state-of-the-art stadiums, high-performance centers, excellent club facilities. We are in a position to apply our expertise and organizational ability accordingly. That’s our biggest strength.

Born in 1968 in Karlsruhe, Oliver Bierhoff played his first Bundesliga matches in the late 1980s for Uerdingen, Hamburg and Mönchengladbach, before moving to Italy in 1991. Here he enjoyed the most successful phase of his playing career. With AC Milan, he became Italy’s leading goal scorer in 1998 and Serie A champion in 1999. Bierhoff’s most important strike came for the German national team: in the final of the 1996 European Championship he scored the first golden goal in the major football history. Since 2004, Bierhoff has served as the team manager for the German Football Association. He’s responsible for marketing the German national team and is a project director at the DFB Academy.

The interview was conducted by Constantin Stüve.