International donors pledge billions for Afghanistan after Western troops go home. Delegates to the conference in Tokyo highlighted the need for economic development to stabilize the country in the long term. 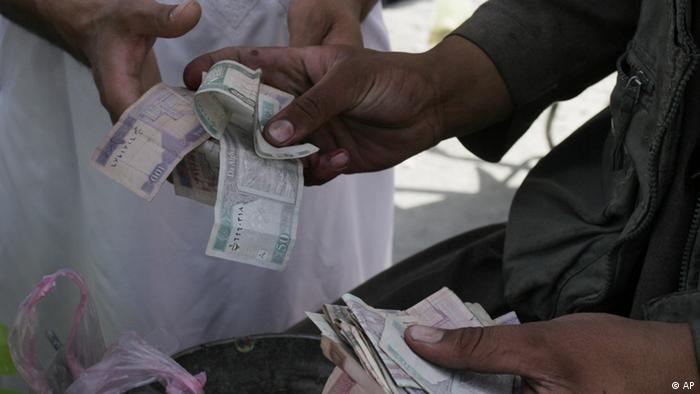 International donor nations met in Tokyo on Sunday, where they pledged $16 billion (13 billion euros) in aid to Afghanistan over the next four years. This is in line with the $4 billion that international organizations estimate Afghanistan will need on an annual basis.

Germany, which is being represented at the Tokyo conference by Foreign Minister Guido Westerwelle and International Development Minister Dirk Niebel, announced that it would maintain its current level of annual aid to Afghanstan at 436 million euros until at least 2016.

The aid pledged at the Tokyo conference is to be used for development in the years following the withdrawal of NATO combat troops at the end of 2014.

Afghan President Hamid Karzai opened the conference with an appeal to the donor nations to not to abandon his country after Western troops leave.

"In these past 10 years, with help from the international community, we have made remarkable progress toward healing of the scars of conflicts and destruction," Karzai said.

"And we are laying down a new path for people to realise their aspiration of a peaceful and prosperous and democratic country."

Meanwhile, at least six NATO troops were killed when a roadside bomb in eastern Afghanistan exploded on Sunday, after rebels shot and killed a foreign soldier in the south earlier in the day, coalition and NATO officials said.

Sunday's deaths take the number of NATO soldiers killed over the past two days to eight, making it one of the worst periods of violence for coalition forces in weeks.

At least 24 Afghan civilians and police were killed in the south on Sunday when a series of roadside bombs and clashes occurred.

No time for complacency

United Nations Secretary-General Ban Ki-moon also warned donor nations against complacency, despite the progress made in Afghanistan in recent years.

"Failure to invest in governance, justice, human rights, employment and social development could negate investment and sacrifices that have been made over the last 10 years," Ban told delegates at the meeting.

Hopes for long-term aid for Afghanistan

Afghanistan hopes to get more financial aid from the Tokyo donor conference. But politicians and activists in the country call for the money to be controlled not by Kabul but by aid organzations and the donor countries. (08.07.2012)

"We are at a critical moment in Afghanistan's history in transition from reliance on the aid that has enabled the country's institutions to take roots to a normalized relationship of a sovereign, functioning Afghanistan with its people and with its international partners," he added.

The Tokyo conference follows a NATO summit in Chicago earlier this year, in which members of the alliance pledged $4.1 billion in annual aid to Afghanistan's security forces between 2015 and 2017.

On Saturday, Afghanistan's military got a boost when the United States announced that it had declared it a major non-NATO ally. The new status, which was announced during a visit to Kabul by US Secretary of State Clinton, will make it easier for the Afghan armed forces to purchase American military hardware.

In Tokyo though, Clinton stressed the role of economic development in stabilizing the country in the long term.

"We all know that Afghanistan's security will not be measured only by the absence of war. It will also be measured by the presence of jobs and economic opportunity," Clinton said.