Fresh inspectors have entered Syria on a mission to destroy the country’s chemical weapons arsenal over the next 9 months. The team from a Netherlands-based inspectorate has the endorsement of the UN Security Council. 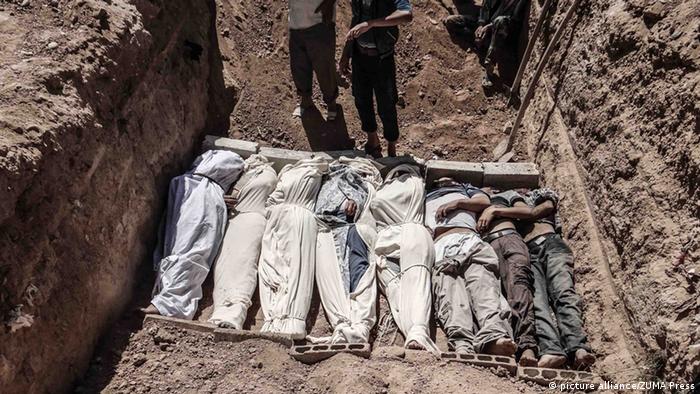 About 20 UN vehicles carrying an advance team of inspectors of the international Organisation for the Prevention of Chemical Weapons (OPWC) crossed from Lebanon shortly after 1130 UTC local time Tuesday.

Their task is to oversee the destruction of an estimated 1,000-ton arsenal containing sarin and mustard gases over the next 9 months.

In an interview with Italy's Rai 24 television channel, Syrian President Bashar al-Assad pledged to cooperate with the OPWC, which is based in The Hague.

"History proves that we have always honored all treaties we have signed," the television network quoted Assad as saying.

Some of the inspectors will double-check Syria's initial disclosure of what weapons and chemical precursors it has and where it keeps them.

Others will begin planning the logistics for visits to every location used to store chemicals or weapons. Under the plan, a second group of inspectors should arrive within a week. They will fan out in teams to examine an estimated 45 individual sites.

A separate team of UN chemical weapons experts that left Syria on Monday is due in late October to present its final report on the seven gas attacks alleged to have been carried out in Syria so far this year.

Last month, the team submitted an interim report to UN chief Ban ki-moon, saying it had confirmed the use of the nerve agent sarin in a August 21 attack on a rebel-controlled district on the eastern outskirts of Damascus.

The US then threatened military action after accusing Assad's forces of killing hundreds of civilians with nerve agents. Syrian officials denied the allegation but agreed to relinquish the regime's chemical arsenal.

A US-Russian deal enshrined in a landmark UN Security Council resolution last Friday effectively averted military strikes against the Assad regime that the US and France governments had threatened to carry out.

More than 100,000 people have died in Syria's conflict, which began in early 2011 with peaceful demonstrations against Assad's regime.

The conflict turned into a civil war after an increasingly harsh government responses. At least 2 million people have since fled Syria, and several million have found themselves displaced within the country.

US state capitals brace for pro-Trump demonstrations 53m ago