Coop has set a date to introduce food items made from creepy crawlies to Switzerland. From bug burgers to "insect balls," food security authorities have voiced support for such food as a means for sustainable living. 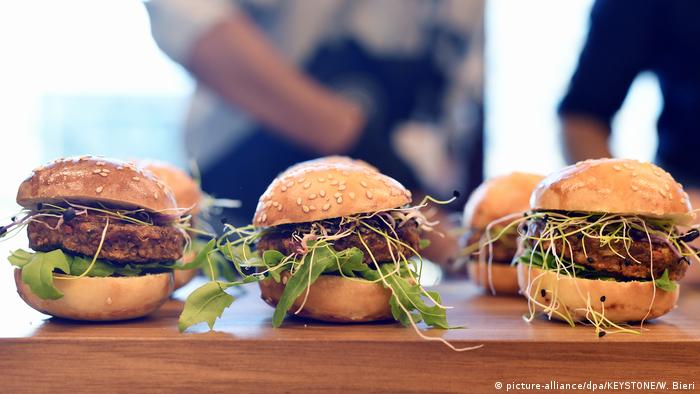 Coop, Switzerland's second-largest supermarket chain, announced on Monday it will start selling insect-based food for humans later this month, making it the first grocer to do so in the Alpine nation.

The offered products are made of protein-rich meal worm produced by Swiss start-up Essento. The items will be sold in select Coop branches across Switzerland, including Geneva, Bern and Zurich.

The decision comes after Switzerland revised its food safety laws in May, paving the way for the production and distribution of insect-based food, including "insect balls" and insect burgers (pictured above).

Read more: Are insects the food of the future?

In order to meet Swiss safety laws, the insects must be bred under strict supervision for four generations before they're ready for human consumption. 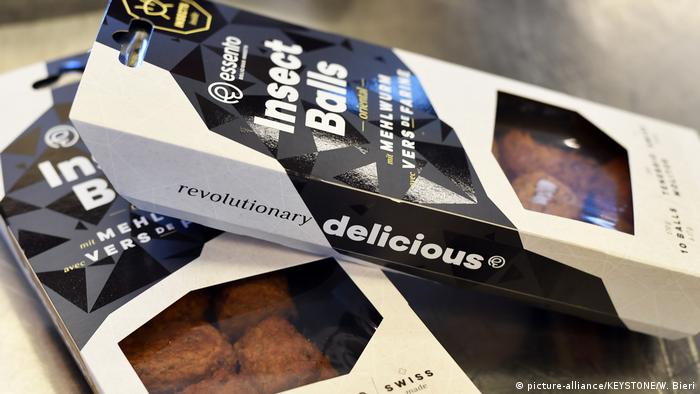 Over the past decade, food security authorities have attempted to bring greater awareness to the advantages of consuming insect-based food items.

"Insects provide food at low environmental cost, contribute positively to livelihoods and play a fundamental role in nature. However, these benefits are largely unknown to the public," said a 2013 study by the UN Food and Agriculture Organization (FAO).

Read more: How will we feed nine billion people?

The study noted that by 2050, the global population is set to hit 9 billion, which would require food production to at least double to meet food security demands. Insect-based food provides a healthy alternative to traditional means, according to the study's authors.

Coop is set to offer the new line of food products starting August 21, according to a company statement.