Indonesians are voting in parliamentary elections. The results will decide who can run for president this summer. 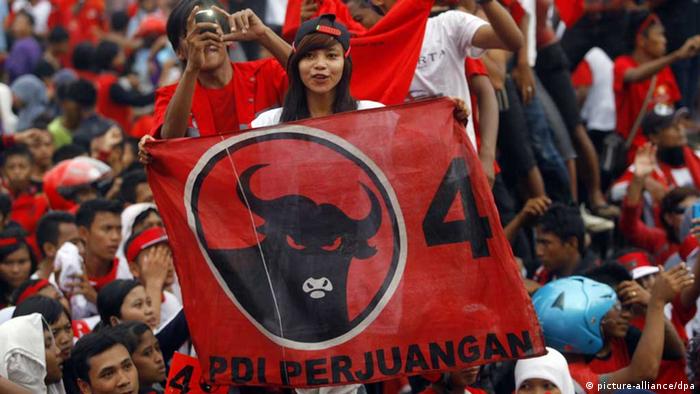 More than 186 million Indonesians were eligible to vote on Wednesday for 6,600 candidates who are vying for 560 parliamentary seats.

The election is a complicated $1.5 billion (1 billion euros) logistical undertaking. Half a million polling stations are spread across three time zones in the Southeast Asian archipelago nation, often in remote locations.

There are in total 12 political parties competing in the parliamentary elections.

Wednesday's result will determine who can run in the presidential elections scheduled for July 9. In order to run for president, the candidate's party must win 25 percent of the national vote or 20 percent of the 560 seats in parliament.

Although he has no national political experience, PDI-P presidential candidate Joko Widodo is strongly favored by voters. The Jakarta governor polls at around 45 percent support. Known as Jokowi, he is perceived by many Indonesians as being an honest politician in a country plagued with rampant corruption.

Former general Prabowo Subianto of the Gerindra party has 15 percent support, while tycoon Aburizal Bakrie of the Golkar party trails with 11 percent support in the polls. Incumbent President Susilo Bambang Yudhoyono is not eligible to run again, as he has already served two terms.

Indonesia is the world's third largest democracy and the most populous Muslim-majority nation. The country emerged from decades of authoritarian rule with the overthrow of strongman Suharto in 1998.