The volcano had erupted on Saturday, leaving thousands homeless. Indonesian President Joko Widodo has visited the area and pledged to rebuild. 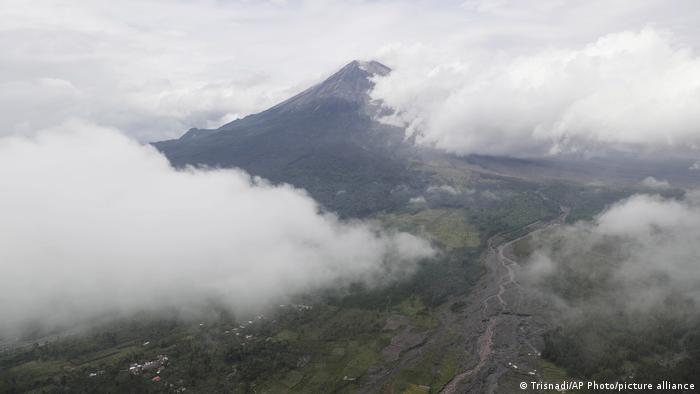 The death toll from the eruption has risen to 34

The death toll from the eruption of the Mount Semeru volcano on the island of Java has risen to 34, Indonesia's national disaster agency announced on Tuesday.

Mount Semeru is the highest mountain on the island of Java, which is the world's most populous island and contains the Indonesian capital Jakarta. It last erupted in January, leaving no casualties. 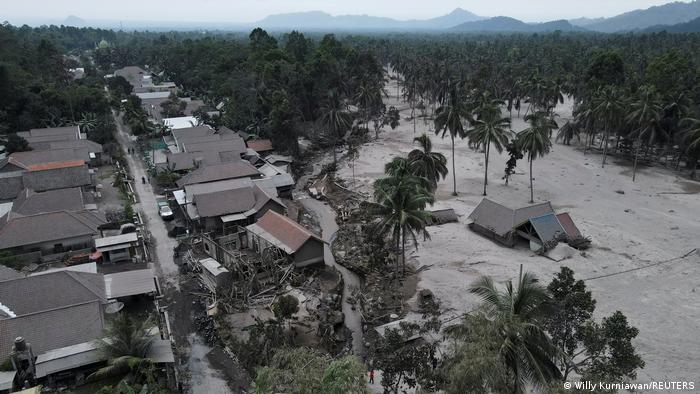 How much damage did the eruption cause?

Mount Semeru ejected a mushroom of hot ash into the sky on Saturday and rained hot mud as thousands of residents fled the area. The disaster left entire streets filled with mud and ash and destroyed countless homes and vehicles.

Lava and searing gas swept as far as 11 kilometers down Mount Semeru's slopes. 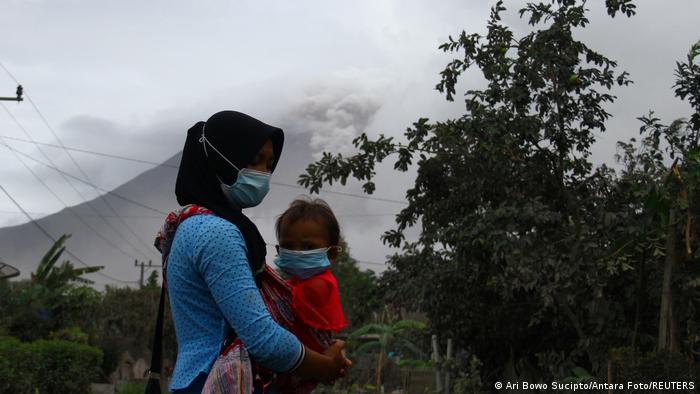 National Disaster Mitigation Agency spokesperson Abdul Muhari said 56 people were hospitalized after the eruption, mostly with burns. He said rescuers were still searching for 27 villagers reported missing, and that 3,000 houses and 38 schools were damaged.

Indonesian President Joko Widodo visited areas devastated by the eruption on Tuesday, vowing that communities would be quickly rebuilt. The areas in question are in the Lumajang district of the country's East Java province.

Widodo pledged to rebuild infrastructure as he spoke to survivors gathered on a soccer field. He said a bridge connecting Lumajang to other cities would be rebuilt and more than 2,000 houses would be moved out of danger zones.

Officials earlier said residents of the hardest-hit villages will be relocated within the next six months, and each family will be given 500,000 rupiahs ($34.70,  €30.75).