Indonesia at Frankfurt Book Fair: ′The outcome will surprise many′ | Asia| An in-depth look at news from across the continent | DW | 24.04.2015

In less than six months, Indonesia is going to be the Guest of Honour Country at the Frankfurt Book Fair. Goenawan Mohamad, chairman of the National Committee, talks to DW about his hopes and the major drawbacks so far. 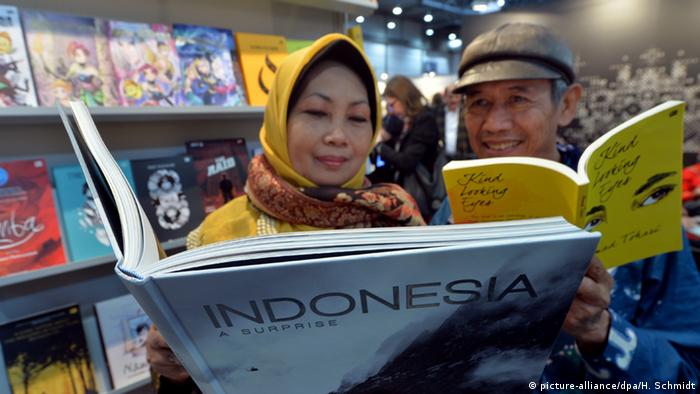 Ever heard about Afrizal Malna, Laksmi Pamuntjak or Ayu Utami? There's no shame in it if you haven't. So far, little is known internationally about Indonesia's literary scene. That might change this fall, however, when Indonesia becomes this year's "Guest of Honour Country" at the Frankfurt Book Fair - the world's largest trade fair for books - taking place from October 14 to 18. About 70 Indonesian writers are expected to attend it such as poet Afrizal Malna and acclaimed authors Laksmi Pamuntjak and Ayu Utami.

The honour was announced in 2013 but preparations since then have been slightly jolty. While, for example, previous Guest of Honor countries such as Brazil or Finland started their translations programs three and six years prior to the event, Indonesia only got to it half a year ago.

In a DW interview, Goenawan Mohamad, the person in charge of organizing Indonesia's presentation at the book fair, spoke about how the preparations keep him up all night and the hurdles his team have to overcome along the way.

DW: It's less than six months before the Frankfurt Book Fair (FBF) gets underway and while Indonesian authors and poets seem excited about Indonesia being Guest of Honor Country, officials however are rather cautious. What are your expectations for the FBF 2015? 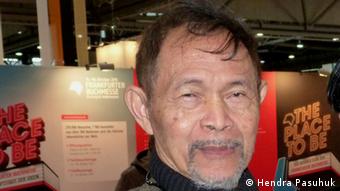 Goenawan Mohamad: 'Considering the limited time we have, 12 months, and the long list of bureaucratic hurdles, I think the outcome will surprise many'

Goenawan Mohamad: As someone working night and day to prepare the project, I cannot present myself as a skeptical official. There will be some problems in Indonesia's presence as the 2015 Guest of Honour, for sure, but I have an excellent team working with me.

I am optimistic that we will have a great pavilion, and our visual arts, architectural, and photographic exhibitions are top quality. And I am sure that the performing arts side will be exciting. A long list of seminars and panel discussions on politics and religion will be worth visiting. We will also bring our best comic creators to German audiences.

Considering the limited time we have, 12 months, and the long list of bureaucratic hurdles, I think the outcome will surprise many.

For a country of 250 million people, with an average of 24,000 new titles, the number of books printed in Indonesia is rather small. Why is that?

The quality of education, especially in the area of literature and the humanities, has been in decline for many years. And I am tempted to believe that the reading habit has something to do with the way people live as a group in a given society; we tend to be gregarious and love a good dose of noise.

Besides, Indonesians do not have a long winter during which they prefer to stay inside the house reading, let's say, "War and Peace".

But with a high literacy rate - 93 percent - there has always been a hunger for reading materials. The good thing about the Internet and the social media, in which a great number of Indonesians are active, is that they prevent TV from eliminating our capacity to read and write. 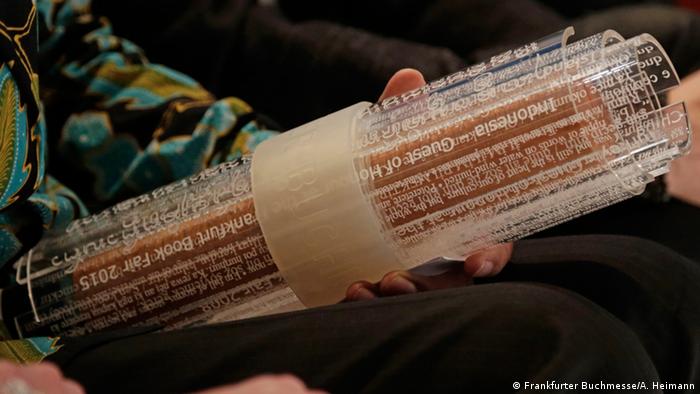 In 2014, Indonesia received the Frankfurt Book Fair Guest Scroll from then "Guest of Honour Country" Finland

Most of the better known Indonesian authors such as Pramoedya, Mochtar Lubis or Rendra are dead - and there seem to be only few promising young authors following in their footsteps. Why?

Of course, dead writers are better known. They are firmly established in the history books. But today we have more talented young novelists and poets than in the time of Pramoedya, Mochtar Lubis, and Rendra.

Never before in our literary history had we had writers who managed to write and publish works in big volumes - some are over 700 pages long. Moreover, we now have authors more willing to experiment with language and form.

Being the Guest of Honor Country enables Indonesia to introduce its authors to a wider audience - that's what the translation program is for. Indonesia started its program only last fall. Wasn't that too late?

It is one of our major drawbacks. The Indonesian language is largely unknown in Germany and there are only very few people who can translate literary works from Indonesian into German. We should have started the project ten years ago, but Indonesia has never been an outward-looking country. 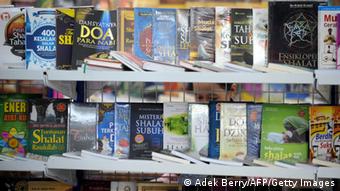 Novels with a religious background, comics and pop novels are among the most popular books in Indonesia

As a nation of 250 million people, we have been so busy talking to ourselves that we tend to be oblivious to other parts of the world, especially distant ones, both geographically and historically.

How many Indonesian books will be translated by the fall?

The target is to translate 300 titles. But given the bureaucratic absurdity in the funding system - we are using public funds - we will never reach this number. Maybe, at best, we can translate around 200 titles, or a little less - with very few books of poetry. As a poet, I think that is not a good news, but the fact is that poetry is a bad business. I am talking of both Indonesian and German publishers.

Goenawan Mohamad is the chairman of the National Committee for Indonesia as Guest of Honour Country at the Frankfurt Book Fair 2015. He is also one of the most influential Indonesian writers and co-founder of the renowned political magazine "Tempo." He has received several international awards for his poems and essays.