Indians reconsider moving to US after Kansas shooting | Asia | An in-depth look at news from across the continent | DW | 01.03.2017

Indians reconsider moving to US after Kansas shooting

The killing of an Indian engineer in Kansas last week and widespread anti-immigrant rhetoric have raised questions over whether the US is a safe place to work and study for Indians. Murali Krishnan reports. 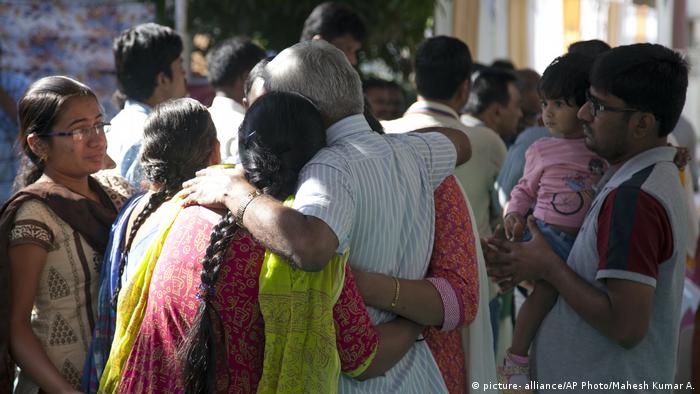 As the final rites were performed for Srinivas Kuchibhotla in his hometown of Hyderabad in southern India on Tuesday, his mother, Parvatha Vardhini, could no longer contain herself.

"I want my younger son, Sai Kiran, and his family to return home for good," she said surrounded by hundreds of grieving friends and family members. "I will not allow them to go back. My son had gone there [USA] in search of a better future. What crime did he commit?" said Vardhini while wailing inconsolably.

Her son, a 32-year-old aviation engineer, was murdered last week at a bar and grill in Olathe, Kansas in what US federal authorities are investigating as a possible hate crime. The lone gunman also wounded Kuchibhotla's colleague Alok Madasani and another man who tried to intervene.

The gunman reportedly yelled "get out of my country" at the two before he opened fire. Both men had first come to the US ten years ago from India to study and worked as engineers at GPS maker, Garmin. Reportedly, the shooter mistakenly thought that the two Indians were from the Middle East. 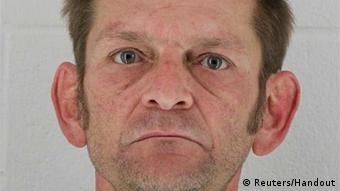 Shooter Adam Purinton turned himself in shortly after murdering Kuchibhotla

Apart from the outrage that the shooting has spawned in India, there is a growing nervousness among students who are worried about their safety as they prepare to leave for the US to study at university. Families residing in India are also feeling insecure about their children's safety abroad.

Many are aware that US President Donald Trump's "America First" rhetoric is fuelling intolerance towards immigrants and his controversial travel ban against visitors from seven Muslim-majority countries has only made the atmosphere more tense.

The incident in Kansas has driven home the harsh reality that no religion or color is immune to such actions.

Jewish groups and schools in 11 US states have reported bomb threats, a day after more than 100 gravestones at a Jewish cemetery were vandalized. The World Jewish Congress called the incident 'despicable and cowardly.' (27.02.2017)

"I have applied to several universities for a postgraduate program in the humanities and I am likely to receive even a fellowship grant," said Shastri Kapoor, a final year college student in Delhi. "Sure, I am nervous, but let's see."

Union Minister Venkaiah Naidu condemned the killing of Kuchibhotla, saying the US government should respond to such incidents and take the "strongest action."

In a recent article, Lakshmi Sridaran, director of National Policy and Advocacy for US-based South Asian Americans Leading Together (SAALT) wrote, "The reality of racial and religious profiling in this country is that it is simply enough to be perceived as Muslim to be treated as one."

Parents and students in India are also concerned about life as an Indian in the US after the incident.

"I have two sons who are in the US. One is an engineer who has been there for five years and the second is at the University of Southern California. Obviously, these incidents will rattle anyone," said Madhu Sharma, a professor.

A large number of Indian students are pursuing their studies at American universities and they comprise the second largest community of students in the US.

Nearly 200,000 Indian students studied in the US last year, according to a quarterly report on foreign student trends prepared by Student and Exchange Visitor Program. More than 3 million Indians live in the US and many are well-to-do professionals. 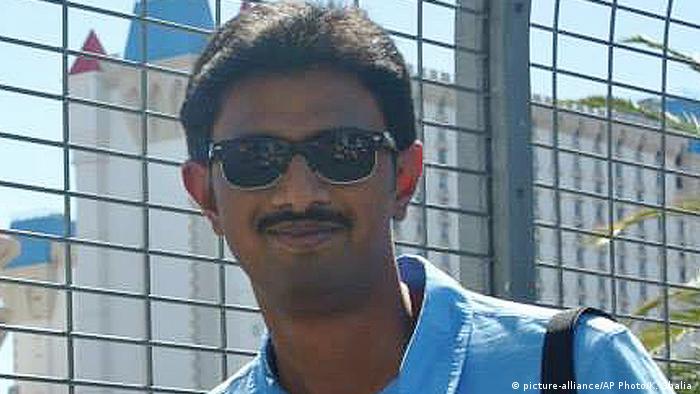 Srinivas Kuchibhotla came to the US ten years ago

"I have been admitted to one of the management schools having cleared my GMAT," said Pratap Reddy, a student from Hyderabad. "Will it be difficult to study and work there now? Yes, I am scared and my worries have increased."

Incidentally, the US consulate general in Hyderabad issues the fifth-highest number of student visas in the world and the highest in India.

Recently, tensions have been running high over the proposed curb on H1B visas, as Indian citizens are the top recipients of these temporary high-skilled worker visas.  Many are keenly waiting to see how policies on students staying to work in the country and on work visas will pan out. 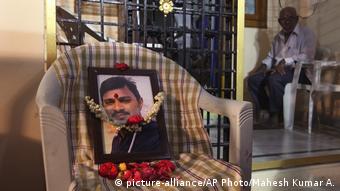 Kuchibhotla's funeral was held in his hometown, Hyderabad

The safety of Indians and the status of H1B visas will be at the top of Indian Foreign Secretary S Jaishankar's agenda as he meets with officials in the Trump administration later this week. This will be Jaishankar's third visit to the US since the presidential elections in November last year.

The Indian government's view is that IT companies in the country contribute to the American economy by increasing the competitiveness of US firms and this relationship should not be disputed.

Minority groups have expressed restlessness with the political and social climate prevalent in the US. Recently, there have been threats targeting Jewish community centers and vandalism of Jewish cemeteries.

And as this political and social climate in the US continues to be unsettled, heightened anxiety and fear among immigrants seems likely to increase.

To meet its demands in the construction sector, Balkan state Bosnia and Herzegovina has started recruiting migrant workers from Bangladesh. Many are going with the hopes of earning enough to send money back to their families. This video was originally published by infomigrants.net.