A Human Rights Watch report has shown that Indian women are at risk in mental hospitals, where many lack basic hygiene and face sexual violence. Hazy government figures have failed to show the true extent of the problem. 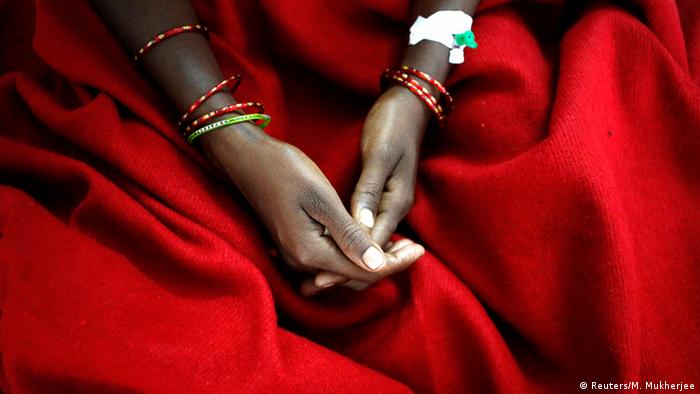 Mentally ill women and girls in India are at risk in the country's mental hospitals, according to a report published on Wednesday by the Human Rights Watch.

Called "Treated Worse than Animals: Abuses against Women and Girls with Psychosocial or Intellectual Disabilities in Institutions in India," the report details the lives of 52 women with disabilities living across six Indian cities between December 2012 and November 2014.

The study brought to light abysmal living conditions including overcrowding, lack of hygiene, and inadequate general health facilities. The women were also found to be living under a constant risk of physical and sexual violence.

Vilas Bhailume, superintendent of a mental hospital in the western metropolis of Pune, said overcrowding was a major problem. "We only have 100 toilets for more than 1,850 patients out of which only 25 are functional. The others keep getting blocked. Open defecation is the norm," he said in the report.

With India's public health system in a general state of disrepair, those suffering from mental disabilities are particularly at risk, HRW says, as there is still little education about such illnesses. Due to this lack of knowledge, many families continue to choose to hide any illnesses such as depression and bipolar disorder instead of seeking help at mental hospitals, which are still commonly known as "mad houses" in India.

Both men and women suffer from a lack of care and neglect if they suffer from mental or neurological ailments, but in a country constantly grappling with a misogynistic culture, women are more vulnerable to abuse.

"Women and girls with disabilities are dumped in institutions by their family members or police in part because the government is failing to provide appropriate support and services," said Kriti Sharma, researcher at Human Rights Watch.

"And once they're locked up, their lives are often rife with isolation, fear and abuse, with no hope of escape," she added.

Experts, however, have found the figures to be considerably lower than those provided by the United Nations and World Health Organization, which estimate that 15 percent of the world's population lives with a disability.

In 1982, India's government launched a national mental health program which aimed to provide community-based services, but the Human Rights Watch says it is largely ineffective and lacks oversight. Less than 1 percent of India's federal budget is currently allocated to mental health.

"Long-term warehousing of women and girls with disabilities is simply not the answer," Sharma told the AFP news agency.

Two Indian girls found hung from a tree in May "committed suicide" and were not gang-raped and murdered, federal investigators have concluded. Authorities said their motive was "shame over a relationship with a boy." (27.11.2014)