A historic verdict in 2009 that ended state-sanctioned homophobia is now being challenged in India’s Supreme Court. This is being seen as a test for gay rights in the country. 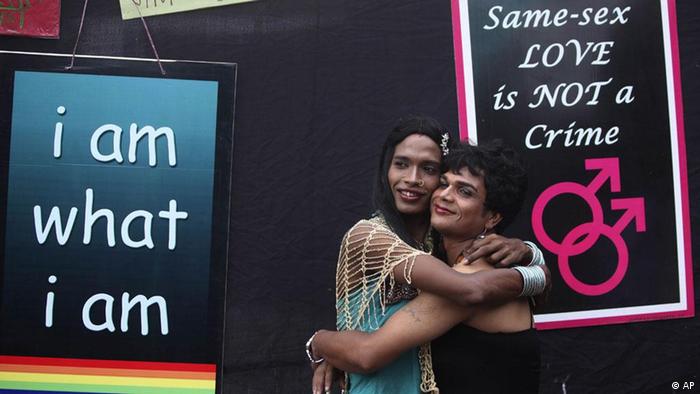 In the packed Supreme Court room on Wednesday, Ragini, a “hijra,” or a member of India's traditional transgendered communities, could not hold back a beaming smile when the judge asked the petitioner what “unnatural sex” meant.

“So who is the expert to say what is ‘unnatural sex'? The meaning of the word has never been constant,” a bench of Justices G S Singhvi and S J Mukhopadhyaya said.

“We have travelled a distance of 60 years. Now it is test tube babies, surrogate mothers. They are called discoveries. Is it in the order of nature? Is there carnal intercourse?” the Bench inquired. 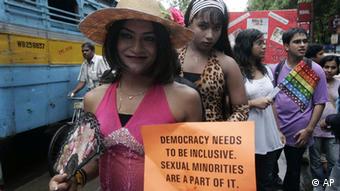 India's gay and transgender community continues to fight for recognition

The court was hearing a batch of 15 petitions filed by a diverse group of religious, political and social bodies challenging the historic Delhi High Court verdict and section 377 of the Indian Penal Code, which describes same-sex relations as an "unnatural offence.”

The colonial era law had made sex between people of the same gender punishable by up to 10 years in prison.

“When the High Court decriminalized same sex-relations between consenting adults, it came as a shot in the arm to the budding gay movement in India. Let's see how the current hearings play out. At least questions are being asked,” a nervous Ragini told Deutsche Welle.

When the lesbian, gay, bisexual and transgender, or LGBT community as it is widely known, rejoiced after the historic verdict, it knew that there were several milestones to be surmounted. The legal victory was one thing. The fight for societal change and a transformation in mindsets were equally important.

“There was still no positive legal and social inclusion for gays and lesbians in the Indian legal framework and we needed to work for that. Also we knew that the verdict would be challenged by religious groups and that is what is happening,” Mahesh Karnik, a member of the homosexual community, told Deutsche Welle.

These are tense days for the LGBT community in India who know the hearings could play out for at least two months if not more before the apex court delivers its verdict. The court, through daily hearings, is looking at the case in a detailed manner – from examining the meaning of quaint terms in Section 377 and the High Court judgment.

“We have no idea how it is going to pan out and more importantly the case is sub judice. These are still early days,” Pramada Menon of “Voices Against 377,” a coalition of non-governmental organizations told Deutsche Welle.

Even Anjali Gopalan of the Naz Foundation, which works to prevent the spread of HIV and AIDS, was circumspect in her comments. She had filed a petition before the Delhi High Court in 2001 seeking the abolition of the section.

“I am happy the hearings have started. I am happy that the court is looking at all matters systematically. At least we will have some kind of judgment,” Gopalan said. 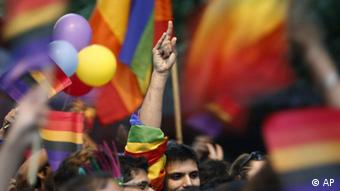 But Kamal Farooqi of the Muslim Personal Law Board told Deutsche Welle that his organization would mount a spirited battle in court.

“It is not acceptable. They are playing with the future generations and civilized society."

Attitudes towards homosexuality have been undergoing a gradual yet vital shift in India, where just talking about sex used to be considered taboo in vast swathes of the rural hinterland.

The country's largely closeted homosexual community has raised its profile in the last couple of years. With emerging gay pride events, film festivals and parties across major cities, their voices are now being heard.

India has even become a gay-friendly holiday destination. Four years ago, there wasn't a single gay tourism company. Today there are several agencies that offer customized packages for the LGBT community.

Almost a year ago, the gay and lesbian community in India celebrated a landmark ruling. New Delhi's High Court decriminalized homosexuality by striking down parts of the country's colonial-era penal code. But the fight has not stopped there. The community is struggling for greater social acceptance and full legal rights. (14.06.2010)