Ruling the practice unconstitutional has done little to deter men, according to New Delhi. Prime Minister Modi's critics have accused him of unfairly targeting Muslims ahead of national elections. 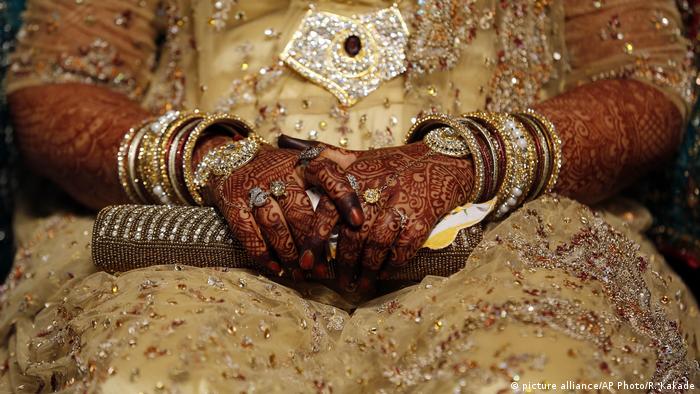 India's government on Wednesday approved a new law that criminalizes Islamic "instant divorce." The process of "triple talaq," that is, a husband saying the Arabic word for divorce three times in quick succession to his wife, is now punishable by up to three years in prison.

Although the practice was ruled unconstitutional by India's Supreme Court last year, Federal Law Minister Ravi Shankar Prasad said that this had done little to deter many men. Indeed, his office has seen 201 cases of instant divorce since the court ruling.

"We felt there was a compelling urgency to pass the ordinance," Prasad said, adding that women were given grounds such as burning bread or getting out of bed late as reasons for "triple talaq."

Critics of this practice have long said that it leaves women penniless and robs them of their rights.

The new ordinance, which was put into effect by executive order, is valid for six months. In order to stay in force, it must be approved by both houses of parliament in that time. While it has already passed in the lower house, it is still pending in the upper house, where the ruling Bharatiya Janata Party (Indian People's Party or BJP) does not have a majority.

There is a special provision in the law according to which a wife can consent to the man being granted immediate bail, after the measure was criticized for the likelihood it would remove the main breadwinner from the home.

There are some 180 million Muslims in India, around 15 percent of the population. While Indian law has long let different religions work out matters like marriage and divorce on their own terms, there has been a push in recent years to implement uniformity throughout the country.

However, some critics have accused Prime Minister Narendra Modi, a Hindu nationalist, of demonizing Muslims ahead of his bid for re-election in 2019.

Till 'triple talaq' do us part

A proposed bill criminalizing "triple talaq" among Indian Muslims has spawned an acrimonious debate. Critics complain if it becomes law, it could be used as a tool against Muslim men and wouldn't help Muslim women. (04.01.2018)