Indian's Supreme Court has granted two young men convicted of a fatal gang-rape a stay of execution. The attack on a 23-year-old student in 2012 shocked the country, triggering street demonstrations and tougher laws. 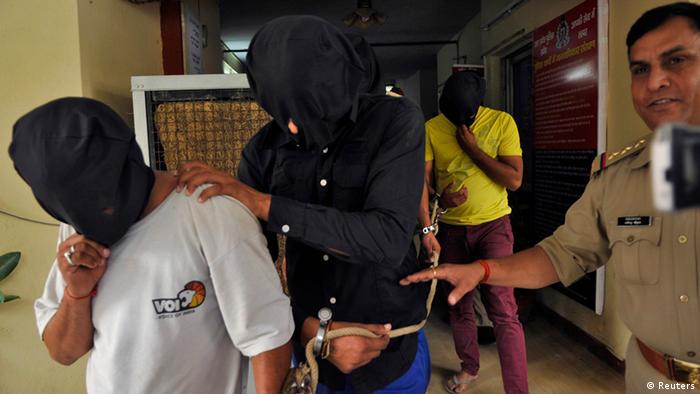 In an emergency court session held on Saturday, two Supreme Court judges ordered the hangings of two of the four convicts to be put on hold, after the men's lawyers appealed.

"The court issued instructions for holding a detailed hearing before March 31, to decide on admitting our position," M.L. Sharma, lawyer for the convicted rapists Mukesh Singh, 27, and Pawan Gupta, 20, said. It means the executions will not take place before that date.

Sharma told reporters the Supreme Court appeal was based on the grounds that the Delhi High Court had "not appreciated the evidence correctly" when on Thursday it confirmed the death sentences for the men who were convicted of gang raping and murdering a 23-year-old woman in New Delhi in 2012.

On affirming the death sentence handed down by a special fast track court in September, the Delhi High Court called the crime "gruesome" and among the "rarest of rare" cases which warranted capital punishment. The suspects had been found guilty of gang rape, murder, unnatural sexual offences, criminal conspiracy and other charges.

The lawyer for two other convicts also facing the death penalty, Akshay Thakur and Vinay Sharma, said he would also file an appeal.

A total of six men were initially charged with the attack. The fifth was discovered dead in his jail cell and the sixth, who was a juvenile at the time, was convicted and sentenced to three years in a correctional home.

The victim, a young medical student, was attacked in December 2012 as she and a male friend were heading home from the cinema. They were tricked into boarding a private bus where, as the bus was moving, the woman was held down, raped repeatedly and attacked with an iron rod. The young man was badly beaten and could not come to her aid. Both were dumped naked and bleeding on the street. The woman died from her injuries 13 days later.

The incident shocked India and sparked weeks of protests, along with an international debate on India's treatment of women and tougher sentences for rapists.

The victim's mother told reporters on Thursday that she would be fully satisfied only when "the convicts meet their ultimate fate."

Reports of the gang rape of a tribal woman in India on the orders of village elders has drawn attention to the often controversial role played by unelected caste-based village councils in the nation's hinterland. (28.01.2014)