A surge in up-and-coming crime novelists is creating a new market niche in India. The new Indian sleuth, coming out from behind the curtains, is feminine, savvy - and tough. 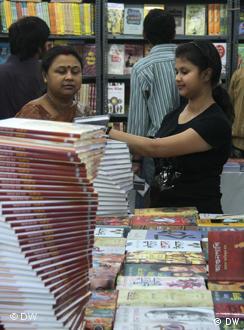 Gone are the days of the replicas of characters from Sherlock Holmes novels and Agatha Christie. Indian detectives are no longer hiding behind trench coats & sunglasses. Vernacular language literature, especially Bengali, has seen the rise of women protagonists as detectives and these detectives are no longer social outcasts. They are regular housewives and grandmothers with a knack for solving challenging cases.

The Indian cop, too, has kept pace with the changing times: No more pot-bellied, corrupt inspectors with slicked back, oily hair. The door is now open for smart, sexy and intimidating women with guns. Indian writing in English is developing protagonists that are interesting post-colonial hybrids. They speak perfect English, grow up on Hollywood films, but still munch their pakoras (spicy snacks made of chick pea batter) and slurp their tea. They are at home in many different worlds.

Breaking away from clichés 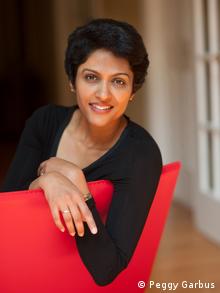 Drop Dead is a murder mystery written by US-based Swati Kaushal, who lives in Connecticut. The book introduces a gun-toting, high-heeled classy cop who is assigned to solve a high profile murder mystery in the hills of Shimla, India . “The book has this tough-woman cop, who holds everyone together to crack a case,” says Kaviya Sanjeevi, an editor for the newspaper, Indian Express. The cop (Niki Marwah) has a weakness for shoes and spends half her salary on a good pair. But she is not a diva.

“She's a role model – tough, feminine, a leader; compassion and dignity are her mantra.” says Swati Kaushal, the author of Drop Dead. Niki Marwah, like all regular detectives, has her own peculiarities. Sherlock Holmes had his cigar and Niki's signature drink is nimbu paani, a spicy lemonade.

“The Indian woman is changing a lot; especially in the way she is depicted in films. It is a conscious effort to make the detective much more interesting and much more unpredictable.”

Aggarwal believes the idea that the Indian detective would be a woman with a sari and a bindi (a dot on the forehead) is no longer true. “You can't generalize the Indian woman anymore. She belongs to a loud Punjabi family that keeps pushing an arranged marriage at her, but she can equally toss it back.”

Drop Dead is a mixture of 'chicklit' and crime fiction: an imitation of the West, yet spiced up with enough masala to get the readers taste buds tantalized. Publishers are open to all kinds of genre experiments. The Indian crime novel has not been done much, so it is a fascinating new field to get into for publishers and writers alike. 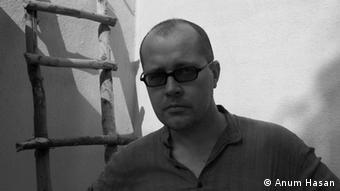 But what do readers gain from this boom. Zac O'Yeah, author of crime novels and a detective fiction columnist for Mint Lounge, an Indian newspaper, told DW “Crime novels are like therapy; one can read a detective novel and feel lucky that one isn't in such a bad situation as the characters in the novel find themselves.”

He sees a need for crime fiction in society since it offers a lesson for readers. “Crime novels tell you something about how to survive in the big bad city with its everyday threats and traps.”

O' Yeah, while writing for his detective column, noticed that a particular genre was more popular in India than elsewhere: the terrorist thriller.

Indian crime fiction enjoys the distinction of being a class apart, O' Yeah told DW: “There are cultural aspects that make India different; a certain complexity in society, the family system in India is tighter, stronger. Detectives have to think more of their personal honor than a typical Western private eye, who lives outside the system as a loner. An Indian detective is more connected to his or her clan and the larger social concerns of family life. Then, there is non-violence, a strong tradition, and a belief in karma: a detective cannot just shoot anybody just like that, or he or she might be reborn as a cockroach in his/her next life.”

Vernacular detective fiction was always a great hit in India. Sanjeevi told DW that “Satyajit Ray's Feluda was the best detective India had. It gives a full view of how society is; it explores the traditions in various cultures, and it is informative and enjoyable at the same time.”

She is young, smart and savvy and she is being touted as the Indian Agatha Christie. Swati Kaushal has cosmopolitized the Female Indian cop. (13.11.2012)

Swedish by birth, reborn as Indian. His authentic South India accent and pseudonym leave one puzzled, making it had to figure out the spices in Zac O’Yeah’s marinade. (13.11.2012)

The Swiss novelist, playwright, thinker and painter is best known for his play, "The Visit," and for his dark satire.