India has announced the tightening of import rules for bidders from countries with which it shares borders. The move is seen as targeting Chinese businesses amid a diplomatic row between New Delhi and Beijing. 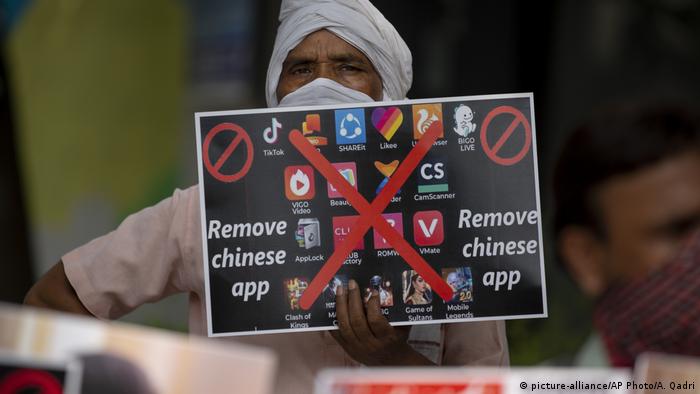 The Indian government did not mention any specific country but said the change in rules was made to "strengthen the defense of India and national security."

Under the new rules, bidders from nations that share a land border with India will only be allowed to bid for any procurement if they are "registered with the Competent Authority," the Indian government said in a late-night statement.

"Political and security clearance from the Ministries of External and Home Affairs respectively will be mandatory," it said.

Read more:Can India wean off its economic reliance on China?

It also announced exceptions in certain cases, such as "procurement of medical supplies for containment of COVID-19 global pandemic," will be valid until the end of 2020.

New Delhi's move follows a similar measure in April that saw India call for the screening of incoming foreign investment from neighboring countries — a directive that Beijing labeled discriminatory.

Anti-China sentiments in India have risen since 20 Indian troops were killed in the recent clashes along the two nations’ disputed border in the Himalayas.

Traders’ unions in India have called for a boycott of Chinese goods that have been followed by protectionist measures by the Indian government.

Last month, India banned 59 Chinese-owned apps, including TikTok Alibaba’s UC Browser, citing security concerns. The government said these apps were used for "activities" that were "prejudicial to the sovereignty and integrity of India, security of state and public order."

Chinese companies have also been blocked from participating in highway projects in India and barred from investing in small and medium-sized businesses. Goods from China are delayed at Indian ports, and customs have placed additional hurdles on Chinese shipments.

US urges India to target China

The United States has urged India to reduce its dependence on China and attract global supply chains, amid growing tensions between Washington and Beijing.

Earlier this week, US Secretary of State Mike Pompeo praised India’s decision to ban a host of Chinese apps and described New Delhi as "one of a few trusted, like-minded countries."

"India has a chance to attract global supply chains away from China and reduce its reliance on Chinese companies in areas like telecommunications, medical supplies, and others," Pompeo said on Wednesday at a US-India virtual business summit.

"India is in this position because it has earned the trust of many nations around the world, including the United States."