The cabinet of Indian Prime Minister Narendra Modi has approved the holding of an auction of mobile phone radio waves. It is expected to be the biggest-ever held in the country, bringing in a record sum in revenue. 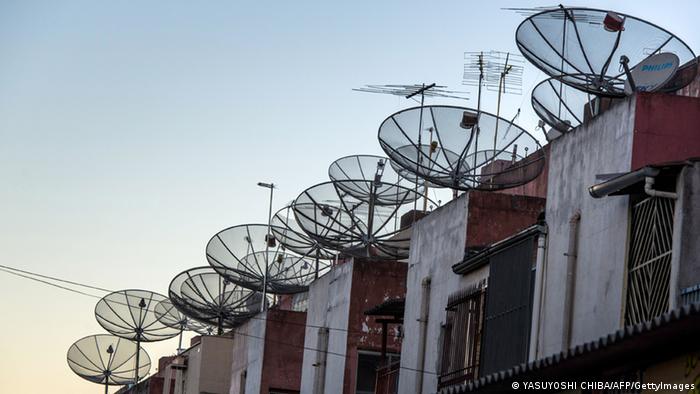 In the auction, more than 2,300 megahertz (MHz) of spectrum would be made available across seven bandwidths, a government statement released Wednesday said.

Based on their reserve price, the tender was expected to raise a record 5.7 trillion rupees ($85 billion, 75 billion euros) for the government and improve 4G data communications in the world's second-largest mobile phone market, after China.

"This may be the largest ever auction in the history of the country," Finance Minister Arun Jaitley told reporters after the cabinet meeting chaired by Prime Minister Narendra Modi.

According to media reports, the auction will be held at the end of August or early September.

The new mobile radio wave spectrums are seen as crucial for companies competing in the lucrative but highly competitive Indian market of more than one billion mobile subscribers.

The battle for spectrum among India's top eight mobile phone carriers, including market leaders Vodafone, Bharti Airtel and Idea, has been fierce, with each struggling to roll out high-speed broadband services.

The premium 700 MHz band is especially important, the Cellular Operators' Association of India (COAI) said on Wednesday, as it would help operators deal with technical issues such as mobile call drops and 4G services. COAI expressed doubts, however, that the high prices for the band could be afforded by most of the operators.

The auction is part of Modi's drive to lure more foreign investment to India. On Monday, Modi already announced moves to liberalize investment in nine sectors of the economy in hopes to reboot India's economy, beset by red tape and overregulation.

India has once again proven its desire to become a key player in the global space industry. The county's state-run space agency pulled off a massive 20-satellite launch in a single attempt. (22.06.2016)

It's been two years since Narendra Modi was sworn in as India's prime minister. What are his government's major achievements and in which areas has it failed to deliver? Shivam Vij reports from New Delhi. (27.05.2016)