India to ban imports on over 100 items of military equipment

The Defense Ministry has said the embargo will allow India to become more self-reliant in weapons manufacturing. Since the coronavirus pandemic, Prime Minister Narendra Modi has pushed to increase domestic production. 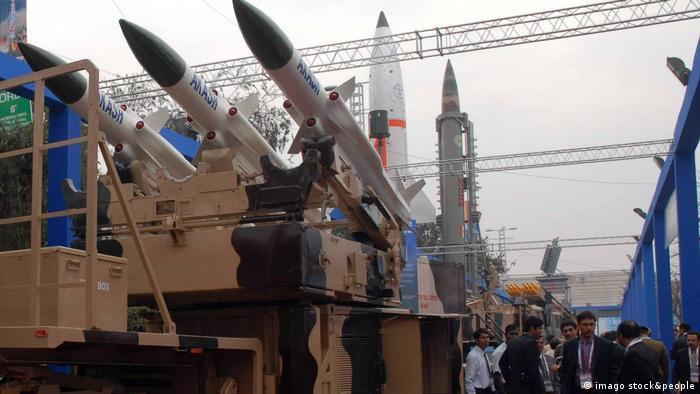 India's Defense Ministry announced on Sunday that it will ban the imports of 101 items of military equipment in an attempt to boost its indigenous production.

Defense Minister Rajnath Singh said that the government is planning to gradually implement the embargo on select military imports between this year and 2024, and that the list will be expanded or updated periodically.

"Our aim is to apprise the Indian defense industry about the anticipated requirements of the Armed Forces so that they are better prepared to realize the goal of indigenization,'' Singh tweeted. "This is a big step towards self-reliance in defense."

"This decision will offer a great opportunity to the Indian defense industry to manufacture the items in the negative list by using their own design and development capabilities …" Singh said.

The list of embargoed items range from types of ammunition, sonars, and radars to artillery guns, assault rifles, corvettes, transport aircraft and helicopters, The Times of India newspaper reported.

In May, when Modi launched the "Atmanirbhar Bharat" campaign, New Delhi said the country will stop importing weapons that can be made domestically so that its economy would become more self-reliant amid the coronavirus pandemic.

During the Cold War, India mostly depended on the former Soviet Union for military equipment. It then turned to the US and diversified its purchases.

In February, Modi and US President Donald Trump signed a deal for India to purchase more than $3 billion (€ 2.5) in advanced military equipment.

Since the coronavirus outbreak, Modi has been vocal about promoting domestic manufacturing such as personal protective equipment (PPE) and protecting India's small firms.

Alongside his "Atmanirbhar Bharat" campaign, the prime minister also launched his "Make in India" program.

India's battle with the coronavirus pandemic