The legendary Koh-i-Noor diamond was a present from a 19th century Indian king to Britain, the Indian government has said. The statement angered many Indians, who assert that the gem was stolen by the colonial power. 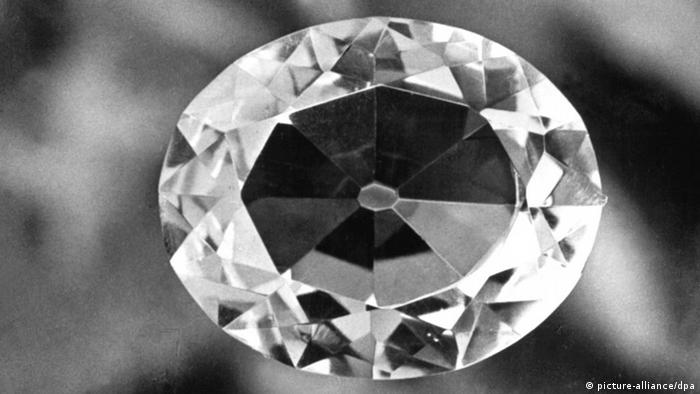 India's Solicitor General Ranjit Kumar said on Monday that the diamond was presented to the British by a 19th century Sikh king, Raja Ranjit Singh.

"It was given voluntarily by Ranjit Singh to the British as compensation for help in the Sikh Wars. The Koh-i-Noor is not a stolen object," Kumar told the Supreme Court of India, implying that the United Kingdom didn't have to return the gem to New Delhi. 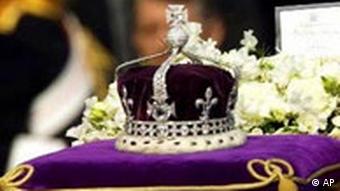 The Koh-i-Noor was set in the Queen Mother's crown, now on display in London

The court was hearing a case filed by the All India Human Rights and Social Justice Front, which sought the diamond's return to the country. The solicitor general was presenting the Indian government's stance on the case.

The origin of the legendary Koh-i-Noor, meaning "mountain of light," remains a mystery. It is believed to have been passed on to the Afghan monarchy from Persian kings. At least four countries have in the past claimed ownership over the UK's.

The gem is traditionally worn by women - owing to a superstition that it brings bad luck to men who who wear it. The 108-carat diamond now forms part of Queen Elizabeth II's crown; it has been a part of the British crown jewels for 150 years.

The Koh-i-Noor is on display in the Tower of London.

Several requests to return the diamond have been turned down by Britain, with the latest in 2010, when British Prime Minister David Cameron said he would oppose giving it back. "If you say yes to one you suddenly find the British Museum would be empty… It will have to stay put," he told NDTV during his visit to New Delhi in 2010.

Indians took to Twitter to express their opinions on the Indian government's statements, with comedian and Last Week Tonight's host John Oliver offering his take on the matter.

Prominent editor Hartosh Singh Bal seemed quite annoyed by the idea of the diamond being gifted to the colonialists.

Many others speculated that the Indian government may have confused the Koh-i-Noor gem with Kohinoor, a popular condom brand in India.

The declassfied files were published on a government website and hosted at the national archives. The move comes amid mounting public pressure on the government to shed light on the independence fighter's death. (19.02.2016)

'The Jungle Book' set for comeback 150 years after Kipling's birth

"The Jungle Book," one of Rudyard Kipling's best-known works, has been beloved by children for decades. But 150 years after his birth, the British author's legacy has been marred by his staunch support of colonialism. (30.12.2015)

Most popular museums based on the number of Facebook Likes: Shift Ranking of January 6th