Two members of the opposition Congress party were taken into custody while trying to reach the village of a woman who died after a violent gang rape. Protests also erupted after another woman died after being raped. 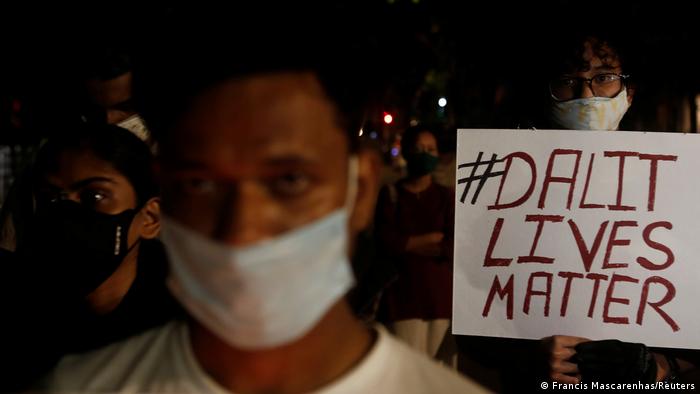 Indian police detained key leaders of the opposition Congress party after police prevented them from visiting a village where a 19-year-old Dalit woman was gang-raped and died in hospital.

The politicians, Priyanka Gandhi and Rahul Gandhi, were briefly taken into custody in Noida on the outskirts of New Delhi as they marched towards the woman's home.

The detentions took place as another woman of India's lowest caste died following a separate gang rape. The 22-year-old was allegedly raped by two men on Tuesday and died while being taken to hospital, police in northern Uttar Pradesh state said.

The victim's mother told the NDTV news channel that her daughter had been brought home and thrown in front of their house after the attack. "My child could barely speak," she said.

Officers said the two men were arrested on charges of gang rape and murder, adding that the suspects could be tried in a fast-track court.

Police officer Manoj Dixit said the two party leaders were held for violating an order banning the assembly of four or more people in the area to prevent violence brought on by protesters.

Police stopped the politicians' convoy on a highway to the village, where they had planned to meet with the woman's family. They left their car to walk towards the village but were again blocked by police.

Television footage showed Rahul Gandhi falling on the ground as police officers pushed back his supporters before the two politicians were carried away in vehicles. Some of the party workers were injured during scuffles with police, and the two were later released.

Tuesday's crime took place in Balrampur district, around 500 kilometers (300 miles) away from where the 19-year-old woman was gang-raped by four upper-caste men in September.

The 19-year-old victim was left paralyzed by her injuries and was rushed to hospital in New Delhi 200 kilometers away, but died on Tuesday. Her death sparked protests around Delhi and Uttar Pradesh.

Several people took to the streets to protest both the rape as well as officials' handling of the body after police cremated her body without her family's permission.

Students take to the streets

On Thursday, students held protests in the Indian capital, the southern Indian city of Hyderabad, and elsewhere demanding protection for women.

On the campus of Delhi University, students burned an effigy of Yogi Adityanath, the top elected official of Uttar Pradesh state, before being taken away by police. 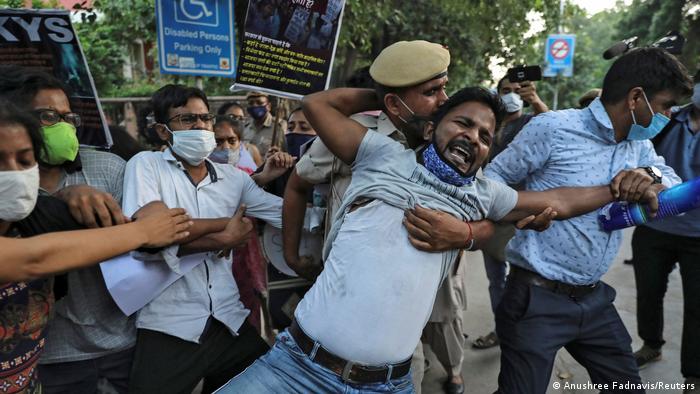 The governing Bharatiya Janata Party has accused its rivals of politicizing the issue and has promised that the culprits will be punished. India's 200 million Dalits have long faced discrimination, and advocates say that attacks have increased amid the pandemic.

An average of 87 rape cases were reported every day last year, according to data released on Tuesday by the National Crime Records Bureau. Large numbers are thought to go unreported.