The sexual assault took place over nine months after her boyfriend raped her and filmed the incident in January. The video was then used to blackmail the 15-year-old and force her to have sex with multiple people. 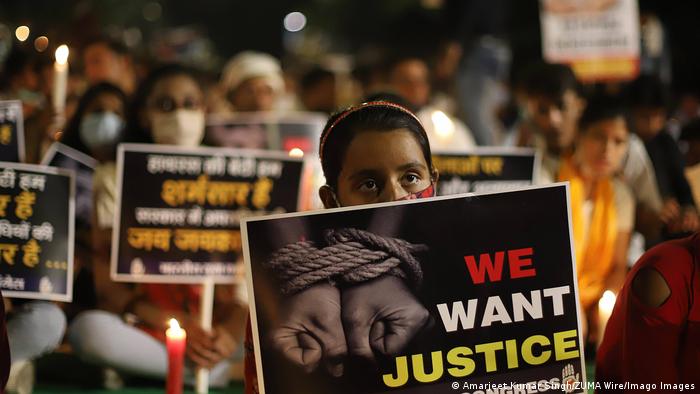 The incident has led to widespread outrage in India, considered one of the most dangerous places in the world for women

With two more men arrested near India's commercial capital of Mumbai on Friday, a total of 28 people have been detained over the suspected gang rape of a 15-year-old girl, officials said.

The case was registered on Thursday after the girl told a relative about the sexual abuse a day earlier. The alleged crimes took place over nine months, after her boyfriend raped her and filmed the incident in January, authorities said.

He and his friends then used the video to blackmail the girl and force her to have sex with them. The crimes happened across Maharashtra's Thane district, including the suburbs of Dombivli, Badlapur, Murbad and Rabale.

According to local media, the victim named 33 suspects in the alleged sexual assault.

"Police have arrested two more persons in this case. Both of them were arrested from Navi Mumbai on Thursday night, with one of them being caught from Rabale. So far, 26 persons have been arrested and two minors detained. Search is on for the remaining accused," local news network NDTV reported a police official as saying.

The incident has led to widespread outrage in the country, which is considered one of the most dangerous places in the world for women.

While government data shows that a total of 28,046 cases of rape were reported in India last year, critics say that many incidents of sexual violence go unreported because of taboos attached to the subject.

The government enacted tougher laws against sexual assault after the gang rape and murder of a young woman in the capital city of New Delhi in 2020. But legislation alone has not been able to improve the situation — with widespread apathy and patriarchal mindsets playing a role in the perpetuation of violence.