India and South Korea have signed a civil nuclear deal that allows Seoul to sell its nuclear reactors to India. India's growing economy needs energy and the country is looking for ways to develop its nuclear sector. 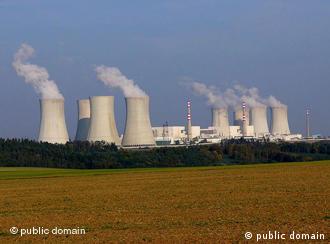 The pact will provide South Korea legal ground to participate in India's nuclear power plant projects. The agreement has come on the second day of Pratibha Patil'ys seven-day visit to South Korea and Mongolia. 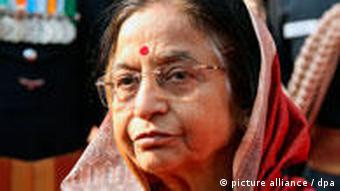 Following the historic Indo-US nuclear deal in 2008, the Nuclear Suppliers Group (NSG) gave India an exemption that allows it to buy nuclear material from the organization's member states. India has since then signed nuclear trade agreements with France, Russia and the US.

Both India and South Korea decided to start talks on civil nuclear cooperation during a meeting between Indian Prime Minister Manmohan Singh and South Korean President Lee Myung Bak on the sidelines of the ASEAN summit in Hanoi last year.

Seoul's Korea Electric Power Corp (KEPCO) seeks cooperation with Nuclear Power Corporation of India to tap into India's market for nuclear power plant construction. According to the World Nuclear Association, India is aiming at producing 25 percent of its electricity from nuclear power by 2050. India has to find ways to keep up its energy supply to fuel its rapidly developing economy.

Besides the agreement on nuclear cooperation, the two sides also signed a Memorandum of Understanding on media exchanges and an agreement on administrative arrangements that will provide social security to people working in India and South Korea. 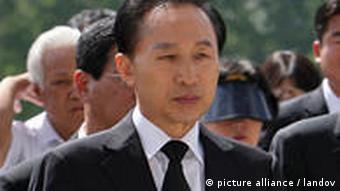 Both countries have also discussed ways to enhance defense cooperation. India is aiming for increased naval and cost guard cooperation, co-production of defense equipment as well as the transfer of technologies.

Clinton's message to India: "It's time to lead"

Rounding off the 2nd Indo-US strategic dialogue, US Secretary of State Hillary Clinton urged India to expand its traditional sphere of interest beyond South Asia against the backdrop of China's assertivness in East Asia. (20.07.2011)

China and India must learn to get along

Asia’s two largest countries, India and China, are aspiring to become world leaders, but experts agree, both will have to learn how to get along, not only for their own growth, but for the prosperity of the continent. (21.04.2011)

"No to nuclear energy!"

After the nuclear disaster in Fukushima, many have started speaking out against nuclear energy and governments have started rethinking their energy concepts. (19.04.2011)