India aerospace: 'Nothing can stop us'

India may not necessarily spring to mind when you think of aerospace manufacturing and precision parts. But perhaps it should. Take a company like Aequs. You may not know them, but when you fly, you rely on them. 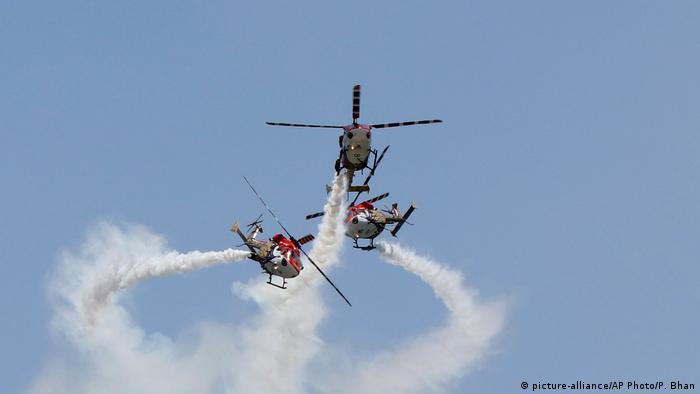 DW: When we think of airplanes, we think of huge machines that cart us from A to B. But rarely do we think of all the small parts that make up the whole. And that's where a company like Aequs comes in, focused as it is on precision engineering for the aerospace industry. Based at the Aequs Special Economic Zone in Belagavi, in Karnataka state, India, you've expanded with subsidiaries in the USA and France. But let's start with that special economic zone. You've done something interesting there to nurture aerospace manufacturing locally. Tell us about that.

Aravind Melligeri, Aequs CEO: It's an ecosystem that consists of joint ventures for forging, surface treatment and assemblies, where we do our own machining activities. These are joint ventures with Saab Aerospace, Aubert & Duval of France, and Magellan Aerospace of Canada. The idea is to reduce the length of the supply chain from start to end. So you can forge, machine, surface treat, and assemble in a single location. And that stops you from having to travel all over the world to get the parts done.

And is that an innovation in itself in India? Does India need more of that sort of movement?

Absolutely. If you look back, 10 years ago there wasn't a single surface treatment facility in India which was approved by Boeing and Airbus. So we basically built this whole ecosystem. It's one of a kind. And, in fact, Airbus gave us an innovation award in 2016, recognizing the uniqueness of our ecosystem. A country like India, which lacks aerospace manufacturing, needs such an ecosystem so that more can be brought into the country and delivered from there.

How much of that is about keeping the talent in the country? India exports its talent around the world, but you would want to keep some talent at home as well.

If you look at India historically, it's skipped manufacturing and gone from agriculture to the services, skipping the whole manufacturing side of it. Today, the focus is coming back to manufacturing, aimed at growing a manufacturing base. And in aerospace, high technology manufacturing, especially precision engineering, needs a lot of capability. 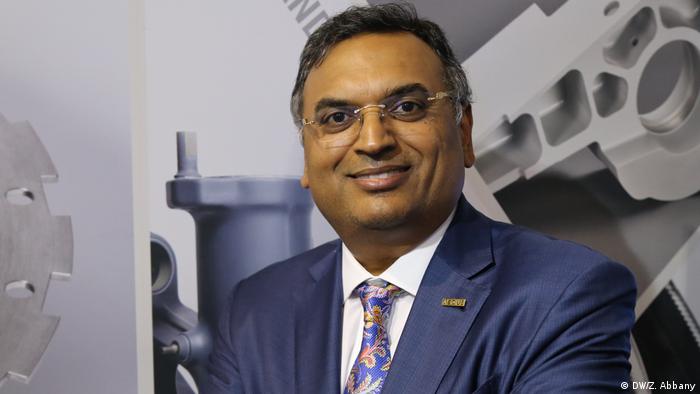 But there's a gap in the capability. That's why we have created these joint ventures to bring those capabilities to India, and today we are able to support the likes of Airbus and Boeing, United Technologies, and Eaton — you know, all these guys are working with us because we've built this ecosystem and we're bringing the capabilities into the country. We're also able to leverage the engineering talent which is in the country, locally, to deliver these products.

What makes India's approach unique? Is there a characteristic, method, or culture, that marks a product as Indian?

Well, the aerospace industry is based on global specifications. There is nothing you can add that is Indian specific. It is not possible to localize anything. But the key is whether you can deliver at a better cost structure, at the same quality and schedule? India can do that today. That's one of the biggest advantages that India has today as a country. And the global OEMs [original equipment manufacturers] are interested in leveraging that.

At the same time, India is the fastest-growing aviation market in the world today. And the OEMs will want to source more from a country where there is also a market.

What specifically is growing in the Indian aviation market?

I'm talking about airlines. Airlines are growing; the number of routes and the number of airports are also increasing. Passenger growth last year was up 18 percent year on year. Typically, the airline industry grows at twice the GDP [gross domestic profit] growth rate, but the industry's growth in India has been faster than that. India's GDP has expanded by about 7 percent annually over the past couple of years. Indira Gandhi International Airport in Delhi is one of the busiest in the world. And the Indian aviation market is growing

Is this sustainable growth? Is there a risk of this rapid growth overheating?

Not necessarily, because there is a huge population, and a fairly large middle class. There is a definite appetite for travel. And India is dominated by low-cost carriers, so it is perfectly affordable. If you book in advance, train and flight costs are almost same. So that makes a big difference.

Our data shows that 70 percent of the travelers are first-time travelers. So that means there is a huge opportunity for the country to grow. And the government has taken some strategic moves to establish new airports, and refurbish existing airports, as well as extend runways in the Tier 2 cities [Tier 2 cities are smaller or less developed than the major Indian cities such as New Delhi, Mumbai, Chennai or Kolkata], and they have also brought in a "regional connectivity scheme," which adds some taxes on all the tickets to support regional rail connectivity. So that's boosting the growth of the new airports.

On the flip side, what's not growing fast enough in India? What about information connectivity?

The biggest challenge for India, historically, has been infrastructure. That has been the bottleneck for the growth of manufacturing.

Information flow has been fairly easy, because it doesn't need roads, it needs wires. India has gone from no connection, no telephone, to all mobile, with a billion connections in a population of 1.2 billion. That's what it is. But the problem is physical infrastructure, because it's a democratic country, and because it's capital intensive to build infrastructure. The private sector won't invest unless it is profitable and infrastructure is not profitable in the short run, and the cost of capital is very high in India. So we need private-public partnerships, which are time-consuming. And there are challenges when it comes to land acquisition, because in a democratic country people will always challenge things in the courts, so there's a process and it takes time to do certain things.

Well … democracy is the only reason we have survived!

I know, democracy is alright …

Yeah. But whatever changes happen, they are long term. So sometimes we have to be patient, and sometimes we have to be aggressive to build our own infrastructure the way we've done. We took a 250-acre plot of barren land and in 10 years we have built this vibrant ecosystem, where several hundred thousand people work. No government help, no government intervention, but we managed to do it as a private industry. There is nothing to stop us.

Aravind Melligeri is the chair and chief executive officer of Aequs. He spoke to DW's Zulfikar Abbany at the 2018 Farnborough International Airshow in the UK.

Sure, there's been the odd mention of the UK's leaving the European Union at Farnborough, and the odd announcement that says "there's still a great in Great Britain." But aerospace is so global, you're unlikely to care. (18.07.2018)

France's Dassault and India's Reliance corporations are teaming up in a military aerospace joint venture. The deal emerged as part of negotiations over India's purchase of 36 Rafale fighter jets, concluded two weeks ago. (03.10.2016)