In the face(s) of disaster

Joel Mataro's haunting image of typhoon survivors in the Philippines is the winner of our climate change photo contest in cooperation with EyeEm.com. We interviewed the winner. 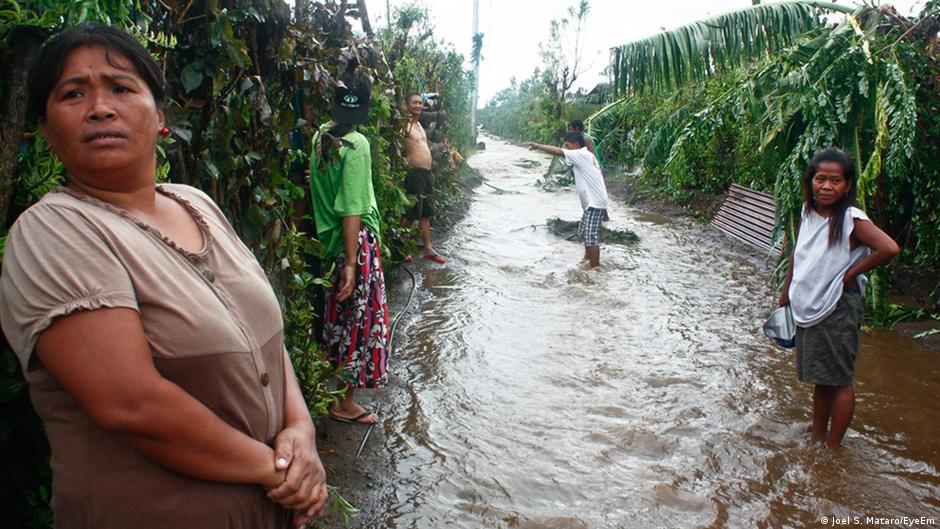 Joel Mataro from the Philippines is the winner of our photo contest. The Global Ideas jury felt that his picture best captures both the dramatic transformation of the environment as a result of extreme weather exacerbated by climate change and the unmistakable human dimension. The photo serves as an urgent reminder of just why an agreement at the Paris climate talks is absolutely necessary. We spoke to the winner.

Global Ideas: Tell us a little more about yourself? 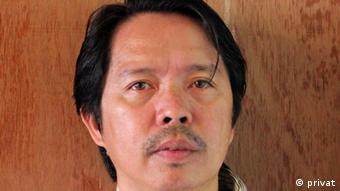 Joel S. Mataro: I am an ideas person, I like looking at the function of things, the dynamics of people. I have an imaginative mind. My background is in architecture, and my specialty is the design of modular cabinets and sectional furniture, and to present them as 3d visualizations for mobile and web apps.

What does photography mean to you?

I started to use photography to document progress of my architectural and interior design projects. Later I also used my photos as textures for 3d visualization. When I went back to Germany in early 2010, it rekindled my interest in street photography. It is a hunger to create photos of where I am at, it is a story about myself from what I have seen and what interests me. Since that time photography has taken on a new meaning for me and I have found myself shooting for companies, events, photo-documenting lives, shooting the times of our life.

Since late 2012 I have had to cut down on regular stressful work for health reasons and photography has become my saving grace. It gives me the tool that allows me to express myself, challenges my creativity and, most of all, I found a powerful channel to tell a story in the most profound way.

This in turn prompted me to create a blog and a Facebook site documenting my work.

Could you tell us a little more about the situation we are witnessing in your photo?


After the initial blow of violent rain and howling winds, the people naturally wanted to leave their houses to assess the situation outside; to see what had been damaged, what had been left intact and what could be done about it. The floods hadn't yet been there when I first went inside their homes to take photos. But when I went outside again, there was no street to see anymore. In the photo, the woman in brown has just lost a sizable portion of the roof and windows of her house and cannot hide her worry as she sees more water and rain clouds approaching. The woman in white makes a living selling peanuts. Her house was destroyed. Nothing was left for her, she couldn't even find a glass to drink.

What brought you there and made you take that photo?

I have lived here for twenty years and events like this rarely happened before. As soon as it seemed safe to go out and take photos, I wrapped my camera in plastic and began shooting. When the events subsequently began to unfold through my viewfinder, I couldn't help thinking of nature's power and man's ability to mess with it.

It is perhaps the most destructive typhoon in recent times to hit the east of Batangas, Philippines. Typhoon Rammasun began to display its fierceness during the early hours of July 16, 2014. Relentless and unforgiving, the typhoon continued to pound the province, leaving the people - who were not used to this kind of calamity - awake until the break of dawn. The pounding was of a different kind, the howling winds would make the galvanized iron of their houses clap and shake the structures to their core.

When the lights went out, the pounding got louder and the sound of breaking branches would replace the violent shaking of the leaves. The crowd immediately went out at first light, with people braving the winds and the rain to find and salvage what was left of their homes.

Then, the typhoon went silent. Most of them thought it was over. Some had already picked up the pieces, men had climbed up the roofs and hurriedly fixed what was left, the women had started to get rid of the water inside their homes. And just as neighbors - most of them relatives - started talking to each other to make sure everyone was alright, the wind suddenly came from all directions. There was another round of pounding. With primary protection gone, the roof and wooden walls destroyed, this second time the storm was not relentless and unforgiving - it was utter destruction. Harsher rains followed immediately after, and what had been wet before was now soaked and flooded.

How do you feel about the photo and the people in it?

It is a testament to changing times. With the climate changing, the worst affected here are the small people. They do not have the kind of house that can withstand this kind of weather, they do not have the means to be prepared. And worst of all, nobody thinks of them as newsworthy. These scenes are repeated all over small towns in the Philippines and maybe elsewhere in the world with almost no chance of help.