Radio Erena, an exile radio supported by Reporters Without Borders, has in the past few years broadcast independent information to Eritrea. But is this radio station actually heard by the people inside the country? 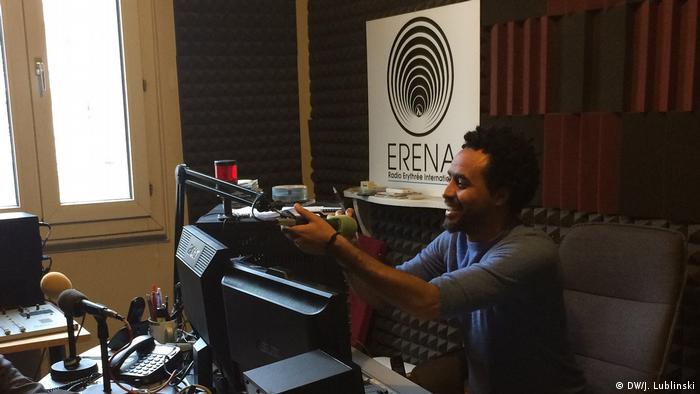 Concerning freedom of expression world-wide, few countries are worse than Eritrea. The country is placed at the very bottom of Reporters Without Borders' Press Freedom Index, together with North Korea. Because of the human rights violations that President Issayas Afeworki's government has committed—in 2016 largely documented by a report of the UN Commission of Inquiry (COI) on Human Rights in Eritrea—many Eritreans have fled the country. Independent journalism inside the country is not feasible. Currently, eleven journalists are behind bars in Eritrea without being tried or charged. Only government owned or controlled media are allowed to operate inside the country, and the population suffers from a dearth of independent information.

In reaction to this situation, Reporters Without Borders supported a team of exiled Eritreans who were planning to build Radio Erena, a station operating from Paris, to provide the population within Eritrea, as well as the diaspora and refugees, with comprehensive, balanced, and diverse information. But how successful has this approach been?

Since its start in 2009, Radio Erena has been on air permanently, except for a few weeks in 2012 when the satellite signal was jammed by the Eritrean government. It developed a rich and diverse program for its target audiences, and got positive feedback from listeners by phone. And yet many questions remain: How big is the radio’s listenership? Which age groups use Radio Erena’s information? And which programs are most important to the radio’s audience?

In order to answer these questions Reporters Without Borders commissioned DW Akademie to evaluate the program. The research included the task of finding an innovative approach to assess the radio listening patterns in Eritrea.

Audience researchers usually meet this kind of demand through systematic surveys with a random sample of citizens. However, to get a reliable quantitative estimate of the number of Radio Erena listeners within Eritrea poses a huge challenge, as it is obvious that a survey could not be conducted within Eritrea, mainly due to fear and repression within the country, which would make answers of respondents highly unreliable. An alternative would be to survey Eritreans outside of Eritrea. But it is not enough to simply interview people in the diaspora, as they have left the country many years ago and do not truly remember what they listened to when they were still in Eritrea. 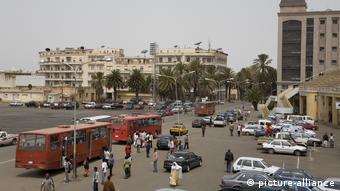 The survey could not be conducted within Eritrea, mainly due to fear and repression within the country

DW Akademie therefore chose a more demanding approach: A team of researchers interviewed Eritreans that had recently left Eritrea. These new refugees can reliably tell what their media usage pattern was when they were in Eritrea. The team also chose to interview different groups of refugees to receive a broad spectrum of information: They met refugees in Sudan as well as in Ethiopia; they interviewed refugees that lived in refugee camps as well as those who had recently settled in capital cities. Flexibility in practical procedures was required to identify and interview refugees while protecting them, as well as the interviewers, against undue interference from intelligence services (Sudanese, Ethiopian as well as Eritrean).

A large quantity of interviews in Ethiopia took place in a reception camp near the Eritrean-Ethiopian border and within the premises of the central Agency for Refugees’ Affairs in Addis Ababa. In Sudan, the interviews took place only in Khartoum and interviewers were identified through private networks, as the political situation in Sudan was very sensitive to the issue of refugees from Eritrea. In total, 535 randomized interviews were conducted, the majority of them in the reception camp near the Ethiopian border, complemented by interviews in Addis Abeba and Khartoum.

The results of the survey provide a realistic picture of media usage: 81% of Eritreans use radio and 64% use TV regularly. Most respondents listen or watch to the government media, but use alternative radio or TV stations as well. Eritreans can receive those by satellite, short wave, or Internet. The alternative media that were most listened to were Radio Wegahta, broadcasting from Ethiopia, and Radio Erena (32% and 25% respectively), followed by Radio Voice of America and Radio Asana, an opposition radio station broadcasting from London.

Among its listeners, Radio Erena enjoys high esteem. Most respondents agree (around 80%) with the statement that "Radio Erena is trustworthy," and that it "provides correct knowledge from within Eritrea." Most listeners disagree with statements that Radio Erena "is propaganda from the opposition" (64%) or that "it exaggerates the real situation in Eritrea" (77%). Therefore, DW Akademie’s figures confirm Radio Erena's self-perception to be a neutral and independent radio broadcaster, and not acting for the opposition. This reputation might be the reason why Erena was listed by the interviewees as number 3 in the priority list of "the most important information providers," just after the government radio and the government TV station, and before Radio Wegahta. The most liked programs produced by Radio Erena are the daily news followed by the Sunday Entertainment program and the refugee program.

DW Akademie concluded that Radio Erena is well established in Eritrea as one major player, but faces challenges in reaching out to the rural areas and to the younger generation. Its biggest competitor seems to be Radio Wegahta, a declared opposition radio that broadcasts from Ethiopia. Wegahta journalists have apparently a much more open critical stand toward the government of Eritrea, while Radio Erena deliberately does not take sides.

As the sample of interviewees in this study was (naturally) biased for gender, age, and urban-rural divide (compared to the average population), the data had to be corrected via statistical tools to estimate the audience figures within Eritrea. The result of this calculation: 520,000 people in Eritrea (17% of the population above 15 years) listen to the radio station at least once a week—an impressive reach for an independent exile radio produced in Europe.

Overall the research conducted by DW Akademie’s team shows that Radio Erena is acknowledged by its listeners as a credible source of information, reaching the highest consent among the alternative radio stations. A majority of listeners said that Radio Erena’s programs lead to concrete discussions within the families. People have started discussions on topics that are high on the agenda within Eritrea, like the decision to flee the country or to stay. The latter decision - not to leave Eritrea – being in fact the one Radio Erena advises its listener's to take. There is also anecdotal evidence, especially from the radio program dedicated to refugees, how Radio Erena and its correspondent had a real impact, for example by helping in the rescue of Eritrean refugees from boats in the Mediterranean Sea.

The significance of audience research in media development

Media development is often based on untested assumptions about the impact of media on governance. Local audience research can vastly improve the planning and effectiveness of media assistance projects. (16.09.2016)