The head of the International Monetary Fund, Christine Lagarde, has insisted that any new bailout program for Greece requires significant restructuring of the cash-strapped eurozone nation's massive debt load. 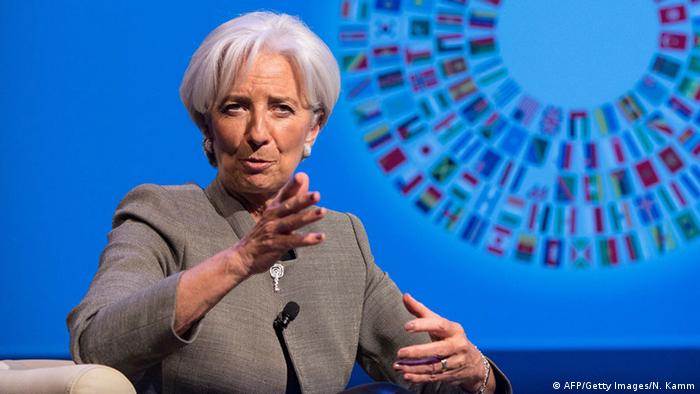 In an online press conference on Wednesday, Lagarde reiterated her view that any new plan for Greece had to include significant restructuring of the country's debts by the European Commission and the European Central Bank.

"Fiscal policies, structural reforms, financing and debt restructuring are four key legs for a Greek solution," said Lagarde, adding that she was focused more on how Greece acted than what people said about the reforms that creditors pressed for.

In the run-up to the current negotiations, Greek officials had demonized the IMF as "criminal" for pushing austere policies on the debt-stricken nation during the previous two bailouts, and some had said they did not want the Fund to be part of any new rescue program.

With the Greek government under pressure to implement more austerity reforms in return for a third EU-IMF bailout program, Lagarde stressed it was the actions that counted and not the political rhetoric coming out of Athens. "It's deeds, not creeds," she said.

The IMF chief also spoke about the current state of the world economy. Although the global economy is recovering, Lagarde said, growth is still "fragile" and "faces some downside risks."

Lagarde expressed optimism for the 19-nation eurozone, with the IMF projecting the region's economy to expand by 1.5 percent this year and 1.7 percent in 2016. "The euro area is beginning to turn the corner ... We have a more upbeat forecast than we have had in a long time," she said.

Lagarde described the United States "a strong performer" and China "resilient" despite a recent drop in Chinese stock prices. "We believe that the Chinese economy is resilient, and strong enough to withstand that kind of significant variation in the markets," she noted.

She also pointed out that the turmoil would not interrupt work toward eventually including China's renminbi in the elite currencies underpinning the IMF's special lending currency, the SDR.

Lagarde noted that a drop in worldwide commodity prices was likely to hurt many emerging market economies.

And she also cautioned that the global economy could face fallout if the Federal Reserve raised short-term US interest rates, which it had kept near zero since late 2008. Fed Chair Janet Yellen has said a rate increase is likely this year.

However, Lagarde had urged the Fed to delay the rate hike until 2016, citing the fragility of the global economic recovery.

Creditors back in Greece for bailout talks

Talks have started in Athens on a third aid package for Greece. Creditors and the Greek government will face a tough time agreeing on the economic progress Greece has to achieve in return for another big shot in the arm. (27.07.2015)

Greek officials have invited the International Monetary Fund to join talks with EU creditors on a third bailout for the indebted country. The Athens government aims to complete the deal before its next payment in August. (24.07.2015)

Greece has used most of the bridge loan, which it received after reaching a deal with its creditors, to repay lenders. Experts say the country needs not only reforms, but also investors and an end to the Grexit debate. (22.07.2015)