The IMF's managing director faces allegations that during her previous stint at the World Bank, she pressured staff to alter data to benefit China. 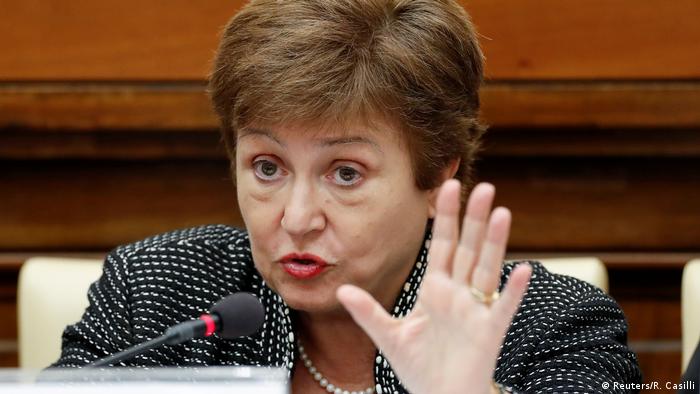 The International Monetary Fund (IMF) has said that it will decide "very soon" whether Managing Director Kristalina Georgieva will be allowed to keep her job.

The institution's executive board adjourned its meeting without taking a decision on Friday, saying that it would seek more information on allegations that she pressured World Bank staff to manipulate data to benefit China in her previous role.

The board said that it has made "significant progress" in its assessment of the case but agreed "to request more clarifying details with a view to very soon concluding its consideration of the matter."

Georgieva served as chief executive officer of the World Bank from January 2017 to September 2019, before taking the top job at the IMF, succeeding Christine Lagarde, who is now head of the European Central Bank.

What are the allegations against Georgieva?

The allegations of data-rigging come from a review conducted by the WillimerHale law firm.

It accused that Georgieva pressured World Bank economists to improve China's ranking in 2018.

At the time, Georgieva and other officials were trying to persuade China to support a boost in the World Bank's funding resources.

The accusations triggered calls for her to step down from her position at the IMF.

Georgieva, however, has denied any wrongdoing and called the accusations "outrageous and untrue" and said some of her statements were taken out of context by WilmerHale.

In a statement she presented to the IMF board, Georgieva said: "The WilmerHale report does not characterize my actions with respect to Doing Business 2018, nor does it accurately portray my character or the way that I have conducted myself over a long professional career.''

What are the reactions to the scandal?

After the law firm unveiled its report, the World Bank decided to discontinue issuing its annual Doing Business report

China has so far not commented on the findings of the report.

Meanwhile, the United States, which has the largest voting share on the Washington-based crisis lender's board, declined to comment after Friday's meeting.

Treasury spokesperson Alexandra LaManna said earlier this week that the department has "pushed for a thorough and fair accounting of all the facts" in the ongoing review. "Our primary responsibility is to uphold the integrity of international financial institutions," she said.

It was not immediately clear if the board would meet again before the start of next week's meetings of the IMF and World Bank.