IMF warns of ′dangerous new phase′ for the global economy | Europe | News and current affairs from around the continent | DW | 21.09.2011

IMF warns of 'dangerous new phase' for the global economy

The International Monetary Fund has warned that Europe and the US could be facing a double-dip recession. Contagion fears remain after Italy was hit by a credit downgrade. 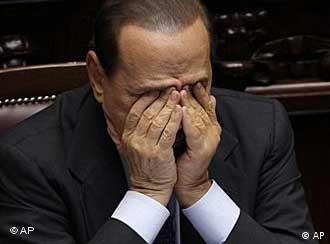 Italy's credit downgrade is more bad news for the eurozone

The International Monetary Fund (IMF) has cautioned that a second recession could be in store for Europe. The IMF said Tuesday that if countries fail to keep their commitments "the major advanced economies could fall back into recession."

On Tuesday, the latest World Economic Outlook report from the International Monetary Fund (IMF), warned of a "dangerous new phase" for the global economy.

"Markets have clearly become more skeptical about the ability of many countries," said IMF chief economist Olivier Blanchard, "to stabilize their public debt."

Growth in the 17-nation eurozone was projected to slow by about a half point to 1.1 percent in 2012. 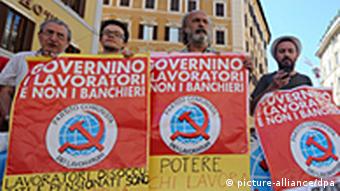 The report came on the heels of Italy's credit downgrade by ratings agency Standard & Poor's on Tuesday.

Italian Prime Minister Silvio Berlusconi was quick to reject S&P's assessment, claiming it "seemed dictated more by newspaper stories than by reality and appeared to be negatively influenced by political considerations."

In Brussels, the European Commission avoided criticizing the S&P downgrade.

But the EU did support Italy’s austerity measures, saying the country would manage to pay off its sovereign debt by 2013.

Last week, the Italian parliament approved a number of austerity measures, including higher taxes, pension reform and spending cuts which, it’s said, will reduce Italy’s deficit by more than 54 billion euros ($70 billion) over the next three years. 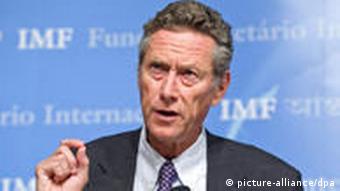 "In the case of Italy, the fiscal space is relatively small and it is very important that fiscal consolidation sets the ground for sustainable growth," he said.

"It is essential that the country pursues a bold reform agenda with comprehensive measures to tackle the deep-rooted structural weaknesses of the economy," said Altafaj, "so, there is a clear need […] to implement an agenda of growth as a matter of urgency."

Italy's credit rating downgrade by Standard & Poor's doesn't come as a surprise. Prime Minister Berlusconi should regard it as a warning shot: According to DW's Bernd Riegert, the markets are losing confidence. (20.09.2011)

Pressure grows on Greece as Italy hit by downgrade

International creditors on Monday bore down on Greece in a teleconference, urging it to implement austerity measures to keep its line of credit open. Meanwhile, Italy had its credit downgraded by Standard & Poor's. (20.09.2011)