At their spring meeting in Washington, the steering committee of the International Monetary Fund (IMF) changed its stance on protectionism. It appeared to be a move towards using the language of the US administration. 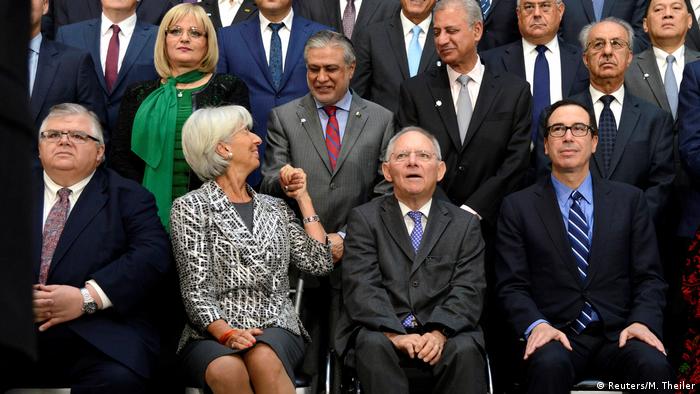 Differences over trade policy within the IMF membership, highlighted by US efforts to develop a strategy to slash trade deficits, led the members to drop a pledge to fight protectionism. Instead they turned their attention to geopolitical risks - especially from the presidential elections in France.

US Treasury Secretary Steven Mnuchin said at the meeting during an on-stage interview with  IMF Managing Director Christine Lagarde that Trump "believes in reciprocal trade deals and reciprocal free trade." He added: "What that means is that if our markets are open there should be a reciprocal nature to other markets which should be open as well."

Mnuchin called for the IMF to step up its surveillance of members' foreign exchange rates. During the presidential campaign Donald Trump called China "the single greatest currency manipulator that's ever been on this planet."

The language of the IMF steering committee statement on Saturday was similar to that used by the Group of 20 (G20) nations when they met last month in Baden-Baden.

Speaking at the end of the meeting, Lagarde told a news conference:  "There was a clear recognition in the room that we have probably moved from high financial and economic risks to more geopolitical risks."

Lagarde added that a policy shift from "growth momentum to more sharing and inclusive growth" was needed. 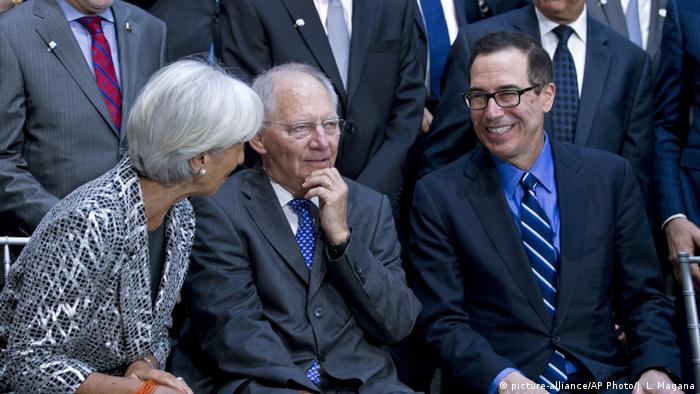 Earlier in the week, the IMF discussions had focused on protectionist policies that could restrict trade and hamper global growth. But on Saturday, chair of the  the International Monetary and Financial Committee (IMFC) Agustin Carstens said members would "work together" to reduce global trade and current account imbalances "through appropriate policies."

Le Pen has promised a referendum on France's EU membership and exiting the euro. Melenchon has said he would work to end the independence of the European Central Bank.

Lagarde had previously warned that a Le Pen presidency could lead to political and economic upheaval. "It would certainly entail major disorder," Lagarde told a television interviewer.

Spring in the air

The IMF meetings had projected an air of optimism, led by Lagarde who opened the discussions on Thursday saying "Spring is in the air and spring is in the economy as well," as the fund raised its forecast for global growth for the first time in six years.

"The strengthening of the recovery is for real," former IMF chief economist Olivier Blanchard said.