Christmas is on its way - at least for consumer electronics. At the IFA trade fair in Berlin, the industry gets ready for the year's best sales season while consumers gain a glimpse of the latest technology. 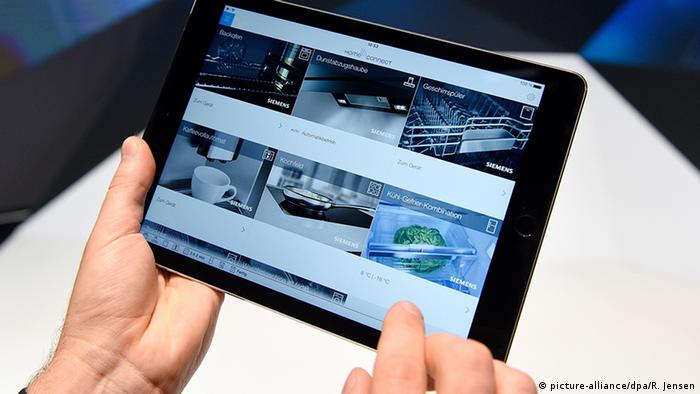 The German economy appears to be in good shape, with record low unemployment and rising salaries boosting consumer confidence and stimulating consumption. Adding to the positive mood is the ultra-low interest rate environment that is discouraging people from parking money in their savings accounts.

As a result, Germans - previously renowned for being avid savers - have been on a spending spree in recent months. The robust consumption is good news for businesspeople like Hans-Jaochim Kamp, who heads gfu, Germany's federation for consumer and home electronics firms.

His industry is among those benefiting from the trend. "If there are products that the consumer wants, then they are now also being bought," Kamp said.

But is the consumer really buying so many products? In the first half of this year, sales in the consumer electronics sector dropped 2.3 percent compared with the year-ago period.

Referring to the figures, Jens Heithecker, the director of Europe's biggest tech show IFA, noted that the sales of TVs and smartphones had remained extremely high for years and that during this period the sector witnessed phenomenal results.

Wailing at a high level

Low sales have particularly afflicted desktop computers, laptops and tablets. Even worse are the figures for digital cameras, camcorders, navigation systems and video game consoles, which suffered a double-digit dip in sales in the first six months of 2016.

The reason for this slump lies in the proliferation of smartphones, which allow people to not only make phone calls but also take pictures, record films, navigate and play games. This has rendered all the other aforementioned gadgets useless for many consumers.

Still, the industry isn't complaining too much. German consumers will spend some 27 billion euros ($30.1 billion) this year on consumer electronics, estimates gfu.

It's a big business and no one wants to miss their share of the pie. More than 1,600 companies from around 50 countries are expected to participate in this year's IFA, one of the world's leading trade shows for consumer electronics and home appliances that's taking place in Berlin from September 2 to 7.

Gamescom: billions of dollars in play

Virtual reality is set to launch the massive computer game industry into the next dimension. But some companies just hope it will keep them in business. DW previews the world's biggest video game trade fair. (16.08.2016)

Japanese electronics company Funai is pulling the plug on the production of video cassette recorders. It has been the only remaining firm making these devices, but now an era lasting decades comes to a close. (29.07.2016)

Will the Internet of Things mean it's impossible to escape total surveillance?

It's not only people that use the Internet. Networked things are on it too. And they track our every move. If you didn't already know that, you do now. Here's how to escape total surveillance. (25.02.2016)

From drones and robots to jewelry, appliances and TVs, the new technology on display at the 2016 Consumer Electronics Show promises to be smarter than ever. But the real stars in Las Vegas this year have wheels. (04.01.2016)

The firms attending will be showing off their products at the expo site and the show is expected to draw nearly a quarter of a million visitors during the five days.

"Traders come here, look at the wares, compare them with one another and then place orders to make them available to consumers for Christmas," explains gfu's Kamp. The order volume in 2015 was worth over 4.35 billion euros, he added.

"But the show is also an opportunity for the consumers to look at the products, test them and give their feedback," Kamp said, underlining that it's a unique mix that has turned IFA into one of the most significant trade fairs for consumer electronics.

Smartphones are likely to grab the spotlight this year as well. Three-fourths of Germans currently use internet-enabled phones, and the corresponding figure among the 14-29 year olds stands at a whopping 95 percent.

"Smartphones are a must for the under 30s," says Timm Lutter of Bitkom, an industry association. On average, a person replaces his phone with a new model every two years. Experts forecast 2016 to be another record year, with projected sales of nearly 28 million units - a rise from the 26 million recorded last year – valued at about 10 billion euros.

The 'next big thing'

After a long while, the industry has also recorded an increase in TV sales, which had seen a steady decline in previous years. But recent events like the European Football Championship and the Summer Olympics pushed up TV sales in the first half of the year.

However, gone are the days when larger and flatter screens alone sufficed to entice buyers. The key now is the image quality, says IFA Director Jens Heithecker, underlining that viewers increasingly want their TVs to deliver more natural, colorful and dynamic pictures. "We will see what innovations the companies have come up with in this area," he said. 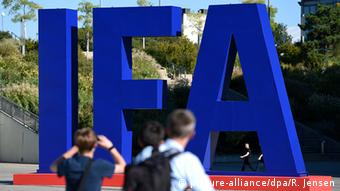 Audio equipment manufacturers have also promised to present new technologies at the show.

Furthermore, networking with the internet is now an essential feature, be it a television or a computer or any other device. It's hard to find an electronic gadget that is entirely detached from the web.

Virtual reality, which is considered to be the "next big thing" in the industry, will also be a hot topic at the fair, with many paying special attention to the apps that allow users to immerse themselves in virtual worlds.

A recent study projected virtual reality sales this year to amount to some 158 million euros in Germany. And the figure could climb to a billion euros by 2020. And for the consumer, the user-friendliness of a gadget or an app plays a crucial role in its attractiveness. Regardless of whether a person is young or old, hardly anyone wants to deal with complicated technology. Devices should be easy to use and not cause a headache.