As global oil prices have resumed their downward trend this week, the International Energy Agency (IEA) has warned that worldwide crude oversupply will last until next year, continuing to hurt producers. 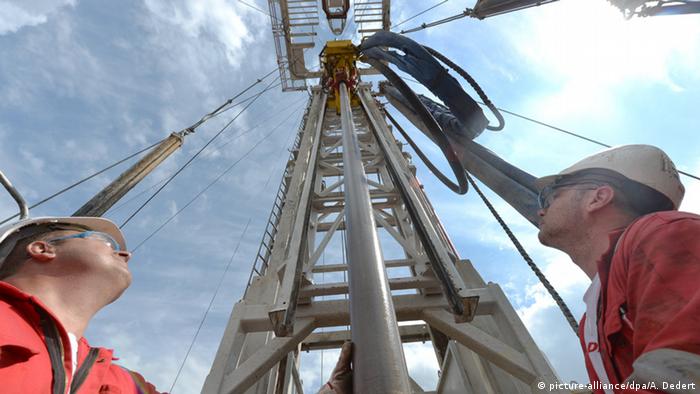 In its monthly Oil Report released on Tuesday, the International Energy Agency (IEA) said that oil demand growth was slowing while supply was rising, causing global crude oversupply to go on "at least through the first half of next year."

The Paris-based industry group reversed an earlier prediction in which it had expected the oil glut to begin petering out at the end of 2016 and offering crude producing countries some budget relief.

Oversupply would now last at least six months longer than previously thought, IEA said, adding that the market's return to balance was "the big question."

The August oil price rally, which boosted prices to about $45 (40 euros) per barrel, had suggested stronger demand amid falling supply, IEA noted. "However, the opposite now seems to be happening - demand growth is slowing and supply is rising," the agency said in the report.

On the supply side, output fell in August, led by producers outside of the Organization of the Petroleum Exporting Countries (OPEC) cartel. But OPEC production edged up last month to a near-record supply level which "just about offset steep non-OPEC declines."

IEA noted that China and India - key drivers of this summer's demand growth - were "wobbling," while a slowdown in the US and economic concerns in developing countries had also contributed to the surprise development.

For more than two years now, the global oversupply of oil has been hurting oil nations as they saw crude prices plunge from about $100 a barrel in mid-2014 to below $30 at the start of this year, marking 13-year lows.

A brief rally of the commodity in August now appears to be coming to an end after OPEC sparked fresh worries on Tuesday about fresh supplies hitting markets. The oil cartel predicted non-member countries would seek to boost their output in 2017, revising its previous expectations of a drop.

Adding to the downward pressure was also a pick-up in the US dollar and signs that demand remains weak, OPEC said.

Last week, prices saw wild swings, with crude surging more than $2 on Thursday on the news that US stockpiles had fallen the most in 17 years. However, those gains were erased Friday as analysts said the inventories decline was because of the suspension of imports and the shutdown of some production owing to a severe hurricane in the Gulf of Mexico.

Forecasts that US commercial crude stockpiles will show a rise when fresh data is released Wednesday are likely to give further credence to OPEC's prediction that output from non-OPEC producers will increase next year.

Moreover, traders are increasingly skeptical that a meeting between Russia and OPEC in Algiers this month will achieve a much-needed freeze in output as is the wish of the participants.

Russia and Saudi Arabia have agreed to cooperate to stabilize the oil price. But the world's two biggest oil producers didn't agree on a production stop to counter a global supply glut - the real reason oil is so cheap. (05.09.2016)

British energy giant BP's second-quarter figures speak volumes about how hard the firm has been hit by low oil prices. But more charges arising from a 2010 oil spill disaster have also taken their toll. (26.07.2016)

The state of emergency has been extended as chronic food and energy shortages continue in the oil-rich Latin American country. The president has handed responsibility for goods distribution to the defense ministry. (15.07.2016)