Tourism brings money to Iceland. But Icelanders seem slowly to becoming more fed up with the crowds. Is the North Atlantic island nation heading for an overdose?

Though a steady stream of tourists has been a blessing for Iceland after the financial crash a decade ago, signs are emerging that local inhabitants are beginning to tire of the influx, an industry assessment said. "We are seeing some signs that the tolerance is getting lower, especially in the most popular areas," Helga Árnadóttir, director of the Icelandic Tourism Industry Association said.

As tourism is the North Atlantic island's second most important industry, this is something to take seriously, she says. "This is the biggest threat - the tolerance of the inhabitants," Arnadottir added.

According to Árnadóttir, tourism was a lifesaver for Iceland after the severe 2008 financial and banking crisis. Since 2010, the number of visitors has more than quadrupled in the small country of 330,000 people. And this year, financial institution Islandsbanki forecasts around 2.3 million visitors - a healthy 30-per-cent increase over 2016. 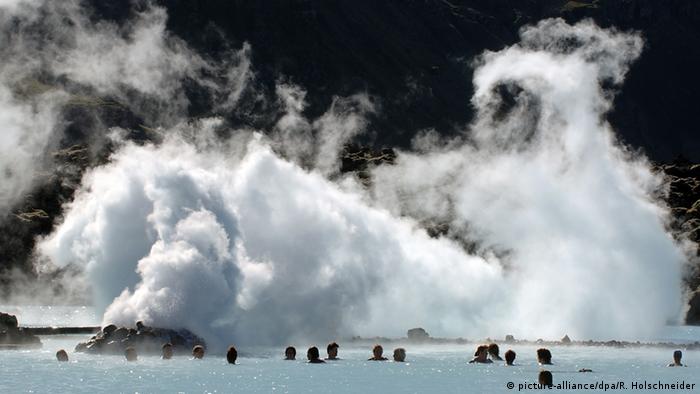 According to Islandsbanki, every fifth person in the country is a tourist during the summer months. In September, the national statistics office counted 378,300 overnight visits, with Germans being the most frequent visitors followed by US nationals. "Most Icelanders are still positive about tourism and understand its importance," Árnadóttir said. She suggests however that the industry may need to set some limits, saying that questions have to be answered as to the number of buildings in Reykjavik to be converted into hotels, the number of new restaurants to be built and the number of flats to be rented out. "These decisions must be made by the government," she said.

Locals complain mainly about vandalism, the introduction of entrance fees for national parks, price hikes and hotel construction sites.  And there have been weeks of discussion over the past year about the lack of public toilets that has forced tourists to take advantage of shrubbery and other public spaces when nature calls. But on the positive side, tourism has enriched Iceland's quality of life in some respects, said Árnadóttir, noting that there are restaurants all over the country where there were once only hot dog kiosks. The aim of government and industry for visitors to come all year round - even in the dark winter. And that they would travel all over the country - not just to the south-west around the capital, Reykjavik. But the government must be more involved for this to happen, said Arnadottir. "The infrastructure like roads needs to be strengthened for this industry," she says, citing the need for roads to tourist destinations to be safe and passable even in winter.

According to Islandsbanki, tourists account for almost 40 per cent of Iceland's foreign exchange income. Each visitor contributes around 1,860 dollars to the domestic economy. Half of the jobs created since 2010 are directly or indirectly related to tourism. Further risks to Icelandic tourism over the past two years have been the unstable political situation and the exchange rate of the Icelandic krona, the head of the tourist association said. "The tourists do not stay so long because it is expensive," said Arnadottir. 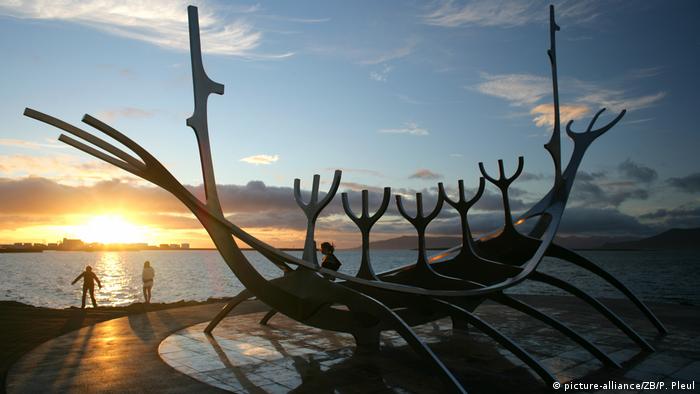 "Solfar" (The Sun Voyager) - sculpture in the capital Reykjavik

Statistics suggest that in 2015 the prices for overnight stays and meals were 44 per cent above the EU average. Arnadottir therefore expects the tourism boom to weaken soon and settle into "normal growth" of three to five per cent.

Tourism on Iceland is booming with 'Huh!'

With their "Huh!" Viking war chant - inspired by fans of Scotland's Motherwell club - Icelandic supporters were a hit at this year's Euro football championships - resulting in a spike of tourism to Iceland. (15.11.2016)

What better time than winter to explore Iceland's mystical side? The island's supernatural beauty has drawn foreigners to begin a new life out in the wild. (14.01.2017)