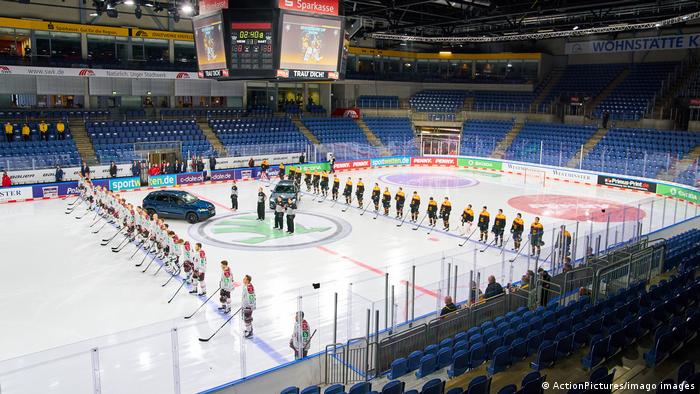 The IIHF might hold the tournament at a single venue, citing coronavirus concerns

Ice hockey's governing body on Monday stripped Belarus of the right to co-host the 2021 world championships. The move came following pressure from political opposition in Belarus and the threat of a boycott by sponsors.

The International Ice Hockey Federation (IIHF) said it was "currently impossible to ensure the welfare of teams, spectators and officials while holding a World Championship in Belarus."

Belarus has experienced political unrest since the controversial re-election of authoritarian President Alexander Lukashenko in August. The opposition refuse to recognize the result. Authorities cracked down hard on largely peaceful demonstrations that followed. The European Union imposed sanctions on Lukashenko for the reaction to the protests.

Rene Fasel, the IIHF president, was criticized for his recent meeting with Lukashenko. Fasel claimed that he had hoped the tournament would help bring the opposition and the state together.

Three sponsors of the tournament, Skoda, Nivea and Liqui Moly, said they would cancel their involvement if games were played in Belarus.

The main opposition candidate in the August elections said the IIHF's decision meant that authorities would not use the tournament as a front to repress opposition.

"It is a victory because Lukashenko did not manage to make it look as if he has everything under control," Sviatlana Tsikhanouskaya said in a statement.

The IIHF said it might consider holding the tournament, scheduled for May and June, at one venue, or find an alternative for Belarus to co-host with Latvia.

Denmark, the host in 2018, and Slovakia, who held the tournament the following year, have both offered to step in.