Germany's top ice hockey league, the DEL, is the country's only professional sports league that has not started its season. This is the source of a lot of frustration for many of the clubs, including Eisbären Berlin.

Mark Olver of the Eisbären Berlin of the Deutsche Eishockey Liga (DEL) is trying to be patient as he waits for the season to finally begin.

Now though, there is light at the end of the tunnel for Olver and his teammates, as the Eisbären are one of eight teams that are to play in the Magenta Sport Cup starting next month.  Six of the DEL's clubs have opted out.

But it will be the first meaningful hockey German teams will be involved in since March, when last season's playoffs were canceled due to the coronavirus outbreak. This is because while sports like basketball and handball have managed to start their new seasons the DEL has remained idle. 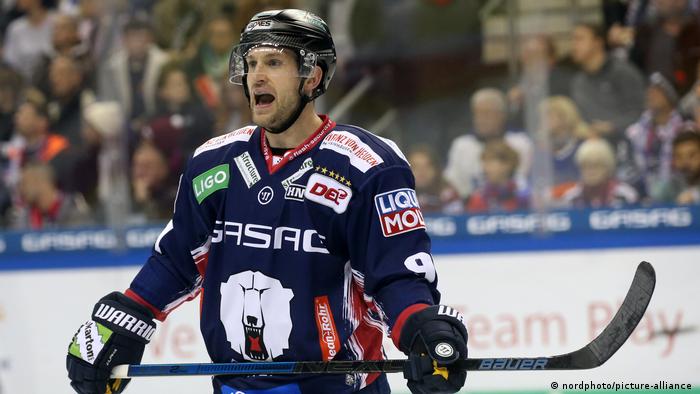 There are a couple of reasons for this. For one thing, with rosters of 25 to 30 players per team, an ice hockey team is much larger than those the other professional sports – meaning higher personnel costs. Then there is the fact that the clubs rely on gameday takings for 50 to 60 percent of their revenue. The situation is so dire, that according to Eisbären CEO Peter John Lee, three or four DEL teams are in danger of having to declare bankruptcy.

Another part of the problem is the huge multifunctional arenas there many DEL clubs now play their games. They are expensive to operate and if teams are forced to play in front of only a few or no fans at all, it's impossible to cover the costs.

"After many weeks of toing and froing by the politicians, we are just beginning to learn that you can't really look to the future with any certainty," Frank Hördler, a member of the German national team that won the silver medal at the 2018 Winter Olympics in Pyeongchang tells DW. "Over time you learn to think from day to day and to try to remain positive and avoid becoming lethargic."

According to Lee, the DEL postponed its start in an effort to try to ensure that all 14 teams will be on board.

One of the main sources of income for the Eisbären, the Champions Hockey League (CHL) has been canceled. A chance to compete against top European clubs like Jokerit of Helsinki or Sparta Prague, it was specifically for this international tournament that the large Eisbären roster was put together.

Having been left of the sidelines this autumn, it's no surprised that the players are really looking forward to the Magenta Sport Cup.

"I'm glad that something is finally going ahead. We will finally be playing games again, and everyone is motivated and working even harder than usual at practice," Hördler says. "And at the same time, we hope that it will also help prepare us for the season."

Many DEL clubs are currently filling out applications to receive part of the €200-million ($236 million) aid package that the German government has pledged for professional sports clubs. Each is eligible to receive a maximum of €800,000. 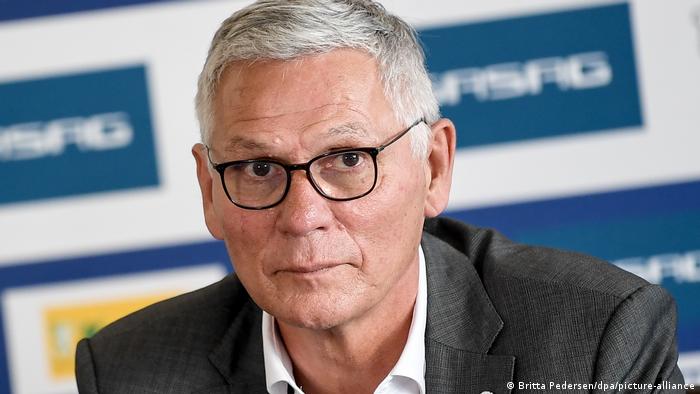 "There are some points in the 18-page application where you have to make sure that you get every detail right," Lee says. "Many teams have not yet received confirmation, but they will probably get the support. This could make life easier for a lot of teams in the league."

However, the question remains whether the aid will reach some teams before they are forced to file for bankruptcy – or whether the support on offer will even be enough.

Players have agreed to forego a large portion of their salaries – up to 40 percent according to Peter John Lee. Some are even thinking about hanging up their skates.

"Every day I come to the rink and I try to be the best hockey player I can," says center Mark Olver, who at 32 is one of the veterans on the team. "If I can't be that hockey player than I will move on to the next thing in my life. I don't know what that is right now. 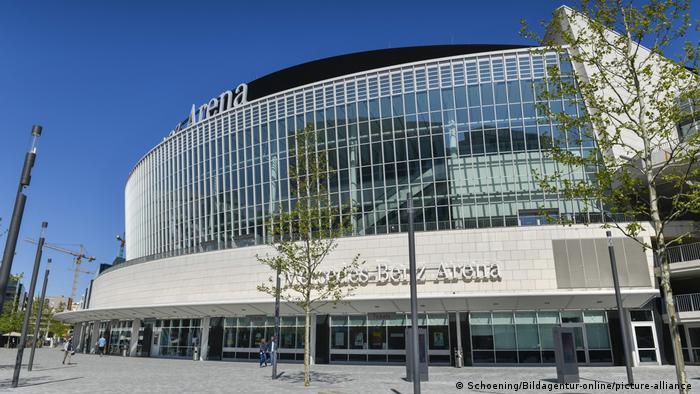 Despite all of this the Eisbären have the good fortune of being owned by a large corporation, the Los Angeles-based Anschutz Entertainment Group(AEG), which isn't about to go bust anytime soon and can afford to bear the cost of a season with few or no spectators.

"This season's costs are meant to be an investment to stay in the focus of public interest and to continue to make ice hockey possible here," Lee says. At the same time, though, Lee notes that Philip Anschutz will not be willing to lose "millions and millions" on his investment.

Also on board is telecoms giant Deutsche Telekom, which is sponsoring the Magenta Sport Cup possible. Mark Olver's eyes light up he talks about it playing games again. "Finally, with this mini tournament, we are bringing the DEL back to life and maybe the season will start right after that", he says.