The International Criminal Court's chief prosecutor says perpetrators of alleged extrajudicial killings in the Philippines could face prosecution. Thousands of people have died in the country's anti-drug campaign. 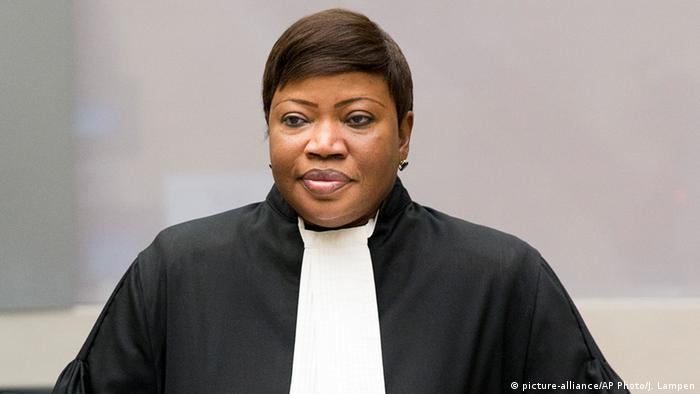 International Criminal Court (ICC) Prosecutor Fatou Bensouda said Thursday she was "deeply concerned" about the reported deaths, as well as "the fact that public statements of high officials" in the Philippines "seem to condone such killings."

Philippines President Rodrigo Duterte launched a war on drugs soon after taking office at the end of June. Since then, an estimated 3,000 alleged drug users and dealers have been killed.

The Philippines has been a member of the ICC since November 2011, which means the Hague-based tribunal has juridiction over crimes such as genocide, war crimes and crimes against humanity that are committed there. 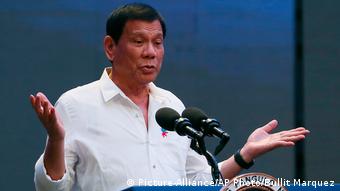 In a written statement, Bensouda said extrajudicial killings in the Asian nation could be prosecuted by the court if they are "committed as part of a widespread or systematic attack against a civilian population."

"Let me be clear," she wrote. "Any person in the Philippines who incites or engages in acts of mass violence including by ordering, requesting, encouraging or contributing, in any other manner, to the commission of crimes within the jurisdiction of the ICC is potentially liable to prosecution before the Court."

Bensouda added that her office would be closely monitoring developments in the Philippines to determine whether to open a preliminary investigation.

The United States, European Union and United Nations have all voiced rights concerns over Duterte's policies, often provoking defiant outbursts from the Philippine leader. Last week, White House spokesman Josh Earnest said the US remains "deeply concerned" by reports of widespread extrajudicial killings, adding that the "use of that kind of tactic is entirely inconsistent with universal human rights and the shared values of our two countries."

On Thursday, Duterte called the US, EU and UN "fools," and said he would humiliate them if they questioned his anti-drug campaign. In the past he has responded to criticism from Barack Obama by telling the US leader to "go to hell," and calling him a "son of a whore" - although he subsequently retracted the latter statement.

Brash statements from the president of the Philippines have raised questions about the country's "ironclad" alliance with the US. They could also mark the start of a downturn for a key partnership in the Asia Pacific. (05.10.2016)