Tensions between the United States and Russia on nuclear arms control are a sign of a strategic transition, which also opens up opportunities. DW spoke with Rafael Grossi, head of the International Atomic Energy Agency. 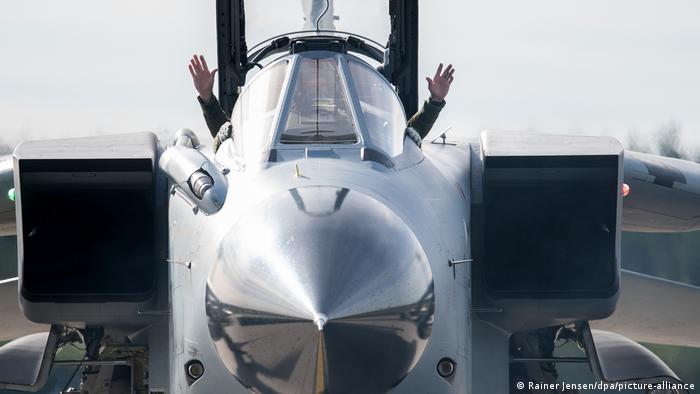 DW asked the director-general of the International Atomic Energy Agency (IAEA), Rafael Grossi, how he sees the latest developments and what impact they may have on the world's nuclear future.

DW: The whole nuclear arms control regime seems to be crumbling. The United States has been getting out of some treaties. There's no real movement on extending the new START treaty. For Germany, which is at the center of Europe, this is worrying. Are we facing a new arms race, a new Cold War?

Rafael Mariano Grossi: I wouldn't go as far as to say that there is a new Cold War or an arms race. There are tensions, this is obvious for everybody. There is a global recognition and a need to look into these things.

There is, I would say, a sort of transition from arms control structures that were built and created at the time of the Cold War ... that reflected certain strategic realities and positionings of different blocs and countries. As in any other area of world politics, there has been an evolution and arms control is not exempt from that. So what we see is this transition. A transition is a time of uncertainty, but also of opportunities. 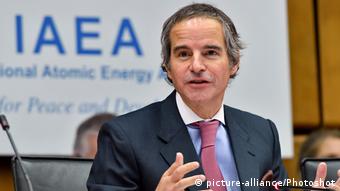 Would you support attempts to make these treaties not just between Russia and the United States, but to include China, to make them multilateral?

As director-general of the IAEA, it wouldn't be correct for me to say what countries should do. All I can say is that the issue of nuclear weapons is a matter of global concern. And every country, especially countries that have nuclear weapons, have to recognize that - all of them.

At the moment, the whole world is waiting for the election of the United States president. Do you think that the result of that election will have some effect on nuclear arms talks?

It is undeniable that the course of politics and policies in the United States have an influence on whatever we do here in Europe, in Germany, in international organizations. What matters is that whoever is the winner in the election, the United States will continue to be a strong supporter of the non-proliferation system. I am sure that this is going to be the case.

Turning to Iran now — there, too, the United States has pulled out of the JCPOA, which Germany was very deeply involved in. What role do the US elections play in that situation?

Everybody is waiting for the results of that election. There will be continuities and there will be changes. There will be things that will be adapted even with the same administration or with a new one. But [the election] is not the only thing. I think there is a lot that the rest can do and Iran, of course, as well.

This year was a difficult year, I would admit it. There were some disagreements between Iran and the agency, but after long negotiations, we were able to solve this and now we're back in business and we are working together in this process.

Nuclear energy: 'Goal is to decarbonize, not denuclearize'

Turning to Germany — it may be the only country in the world that is completely shutting down its nuclear energy generation. What do you think about that decision?

It's a very important decision. It's the country that is moving on with it seriously, without hesitation at great speed. The fact that Germany is leaving nuclear energy generation doesn't mean that it won't be working with the IAEA in the future. But like it or not, Germany is surrounded by a continent and a world where nuclear energy is growing.

Confronted with that reality, a country which is phasing out should work very closely with the IAEA. We have to make sure that whoever is in this business does it at the highest possible level of safety.

You have criticized Germany's decision to phase out nuclear energy for reasons of climate change.

I haven't criticized the decision. Each country is sovereign and there is no one-size-fits-all solution in energy. What we are saying is that nuclear is, scientifically speaking, part of the solution. Nuclear is an extremely low carbon emitter. The fact is that if you didn't have nuclear energy, the CO2 emissions would skyrocket immediately. The goal is to decarbonize, not to denuclearize.

Critics would say nuclear energy might not leave carbon emissions, but it leaves behind waste. And that is a comparable problem.

Rafael Mariano Grossi has been director-general of the International Atomic Energy Agency (IAEA) since May 2020.