Hybrid warfare with migrants: Who can stop Lukashenko?

Thousands of migrants are caught up in a political stand-off on the Belarus-EU border. What happens next? Guests: Katsiaryna Shmatsina (Belarusian Institute for Strategic Studies), Alexandra von Nahmen (DW), Christoph von Marschall (Tagesspiegel) 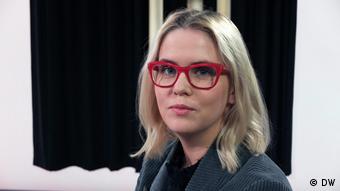 Katsiaryna Shmatsina, a political scientist at the Belarusian Institute for Strategic Studies, says: “Belarusians are concerned that Angela Merkel’s communication with Lukashenko might only serve to legitimize the dictator.” 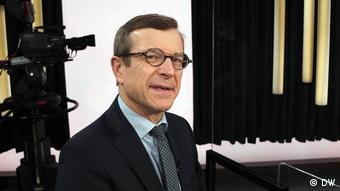 Christoph von Marschall, Senior Diplomatic Correspondent with the Berlin daily, Tagesspiegel. And Christoph believes that: "At the EU border with Belarus, Europe finally seems to prevail against the dictators Putin and Lukashenko – thanks to determination and unity." 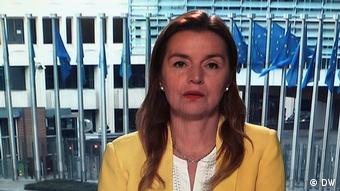 Alexandra von Nahmen, the head of DW’s Brussels studio, who argues: “Autocrats know the EU‘s weaknesses and how to exploit them. To stop that, the bloc needs to fundamentally reform its migration policy.”

The German chancellor made the comments after hundreds of people attempted to cross from Belarus to Poland over the last 24 hours. The EU says Alexander Lukashenko has instigated the crisis as part of a "hybrid war."

"For the Belarusian people, it looked very strange," Sviatlana Tsikhanouskaya said of the German chancellor's recent phone calls with Alexander Lukashenko. He has been clinging to power since the disputed 2020 election.